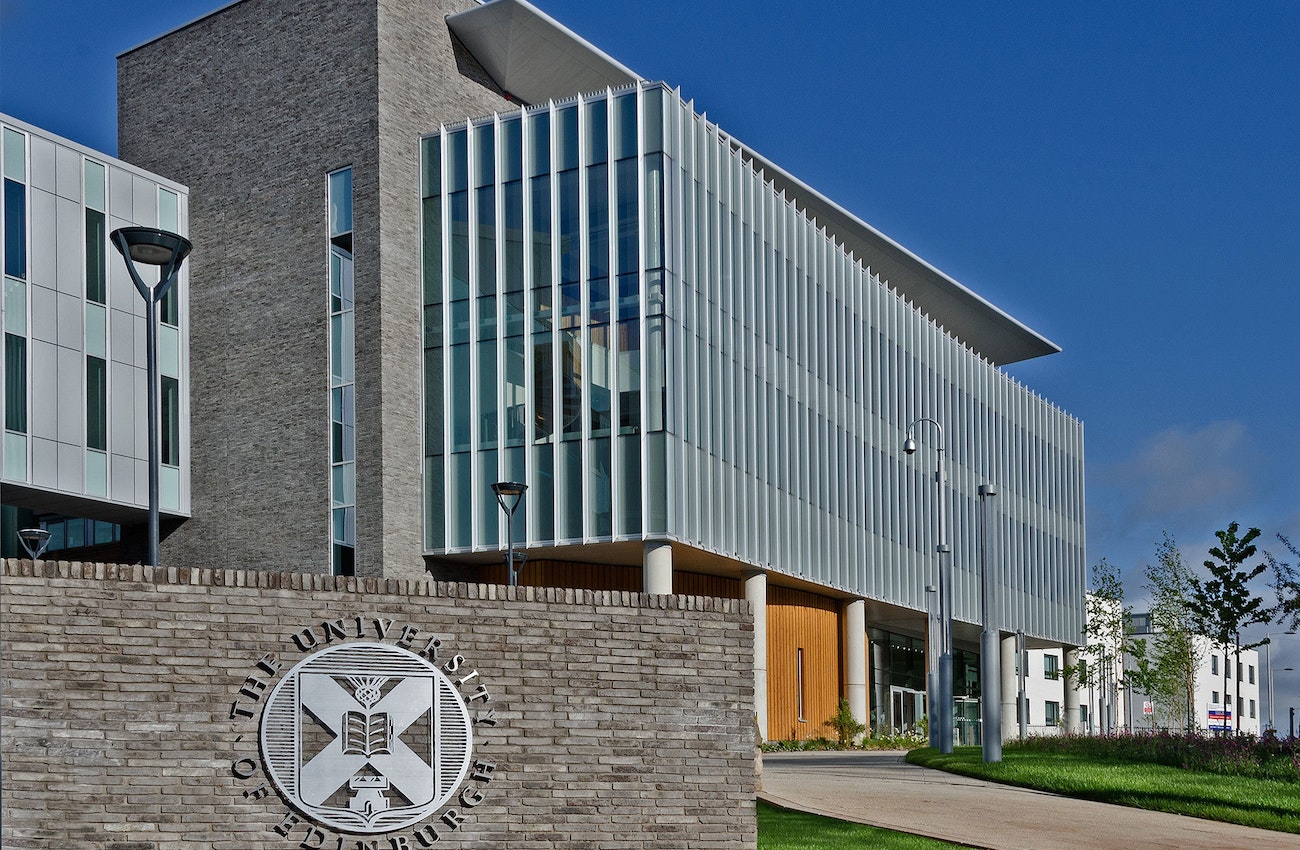 A great building makes a statement. So when the University of Edinburgh expanded its world-class research institute the design team selected the best possible facing bricks…

Stemming from the very earliest UK led research into radiation and human genetics in the mid-1950s, the institutes based at the Western General Hospital have been at the very forefront of their field, pioneering work that leads the way in Cancer research, Human Genetic research & Clinical and Genomics research today.

The brand new building for the Institute of Genetics and Molecular Medicine (IGMM) at the University of Edinburgh Western General Hospital site provides a tangible and significant link between the 3 institutes of the IGMM; the MRC Human Genetics Unit (MRC HGU), the Centre for Genomic and Experimental Medicine (CGEM) and the Edinburgh Cancer Research Centre (ECRC). The £10m five-storey research laboratory provides additional computational research space, a 180-seat lecture theatre, seminar rooms, a cafe and break-out areas built around a large atrium.

The 2,700m2 extension will undoubtedly enhance communication and interaction between each research facility, maximising potential scientific discoveries and will reflect its place at the forefront of the genetics revolution.

Oberlanders Architects LLP, the architects behind the project, agreed with local planners to use a non-standard brick sympathetic to surrounding buildings. They turned to Taylor Maxwell - who they had worked with successfully before - to look at the options.
Project Architect Rob Bunworth explained: “Taylor Maxwell were briefed to suggest suitable dark grey or black stock brick types to suggest a very crisp brick appearance. They provided brick system information to help us make an informed decision about the best brick for appearance, buildability and budgetary considerations.

“A variety of potential brick types were reviewed, and cost comparisons helped us to select the right facing brick for this project. Having made the brick choice early on in the design process allowed Oberlanders to carefully consider mortar pigmentation and detail interfaces to other cladding materials.”

Rob then outlined how Taylor Maxwell worked with the contractors onsite to help ensure the best possible end result.

“At an early stage we involved Taylor Maxwell in site sample reviews. This early involvement with the contractors helped to ensure the best quality mortar joint was struck onsite by using a raked horizontal joint of not more than 4mm to assist with defining the visual weight of each course within a brick panel.” 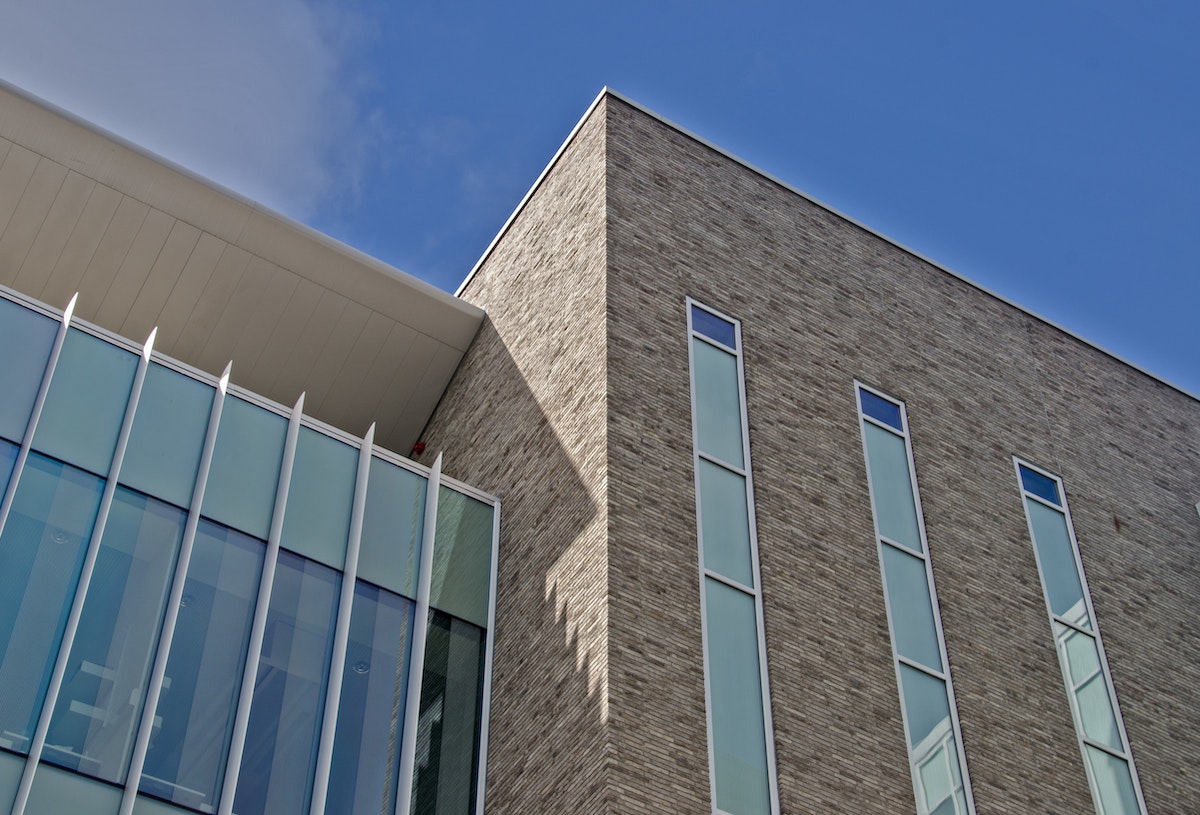 When it came to the build, space was tight as Mark McCall of lead contractor BAM recalled: “We had to take the facade off the existing Human Genetics Unit (part of the IGMM) and create a new building on the front of it, which was then linked with new stair towers to existing buildings either side.

“We were operating within a live environment, constructing onto an active research centre and at the side of our site there was a public footpath to the hospital entrance.” He continued, “The biggest problem was getting the material to where it needed to be for the bricklayers. We could only take part loads, because full loads would close down other operations on the site.”

David Kelly, whose team Kelly Contracts Fife laid the bricks, agreed: “There were issues with delivery and storage because of site space constraints, however Taylor Maxwell managed to accommodate us - delivering on rigid instead of articulated lorries and arranging storage for loads that couldn’t be held on site.

“It was crucial for loads to arrive on time and they did. And when we needed additional bricks at short notice, Taylor Maxwell did a sterling job of sourcing them for us. We have worked with them before and the service has always been fantastic.”

The other project partners echoed the praise for Taylor Maxwell’s contribution to the build. “The service was great” according to BAM’s Mark McCall, and Rob Bunworth added, “At Oberlanders we were very happy with the product support and guidance we received.”

In the end, everyone involved with the new building agrees that it looks stunning - with an innovative design appropriate for a research institute pushing forward the frontiers of scientific knowledge.

The client and even the installers had some questions about the unconventional design before the building was completed, but their faith in the architect’s vision was well rewarded.

Mark McCall reported: “The University weren’t quite sure how the facing brick would look, but the end result was outstanding - everybody said it was a great job and the client was delighted.”

David Kelly explained how the vision unfolded: “The buildings either side of the extension are in a Baggeridge blue-style brick. At first we were wondering why they didn’t use the same brick. But as it was being built you could actually see the architect’s view of how it would look, and it does look exceptionally good. It makes you appreciate the architect’s skill and vision.”

Jeremy Southam (Taylor Maxwell Edinburgh) agreed ‘In a city such as Edinburgh that is predominantly built using natural stone materials, the new IGMM building blends in well due to the colour and rustic look of the facing brick facade.’

Rob Bunworth added that as well as looking fantastic and being successful as the mainstay of the buildings material pallette, the bricks are built to stand the dual tests of time and weathering: “The brick is twice fired in the manufacturing process which gives a rich varied panel appearance. The natural clay brick facades are also durable and long lasting, requiring minimal maintenance – well adapted to the sometimes harsh Scottish climate, which our client appreciated.”

“It was crucial for loads to arrive on time and they did. And when we needed additional bricks at short notice, Taylor Maxwell did a sterling job of sourcing them for us. We have worked with Taylor Maxwell before and the service has always been fantastic.” 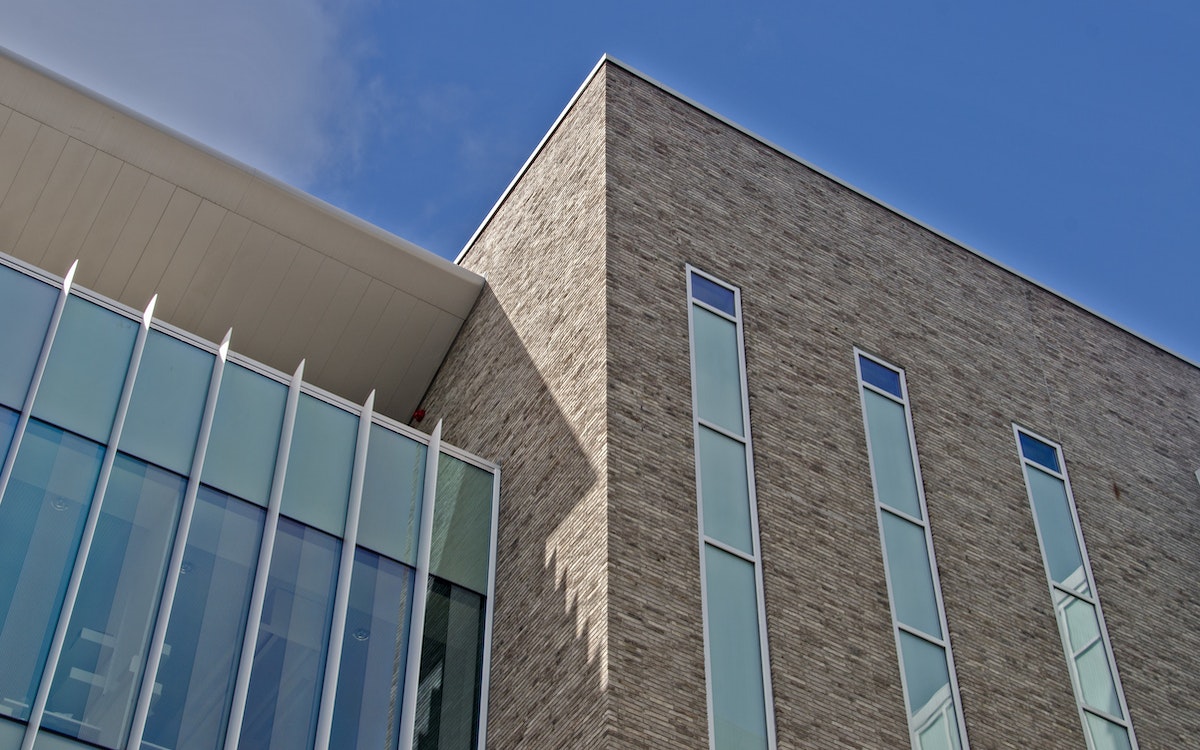 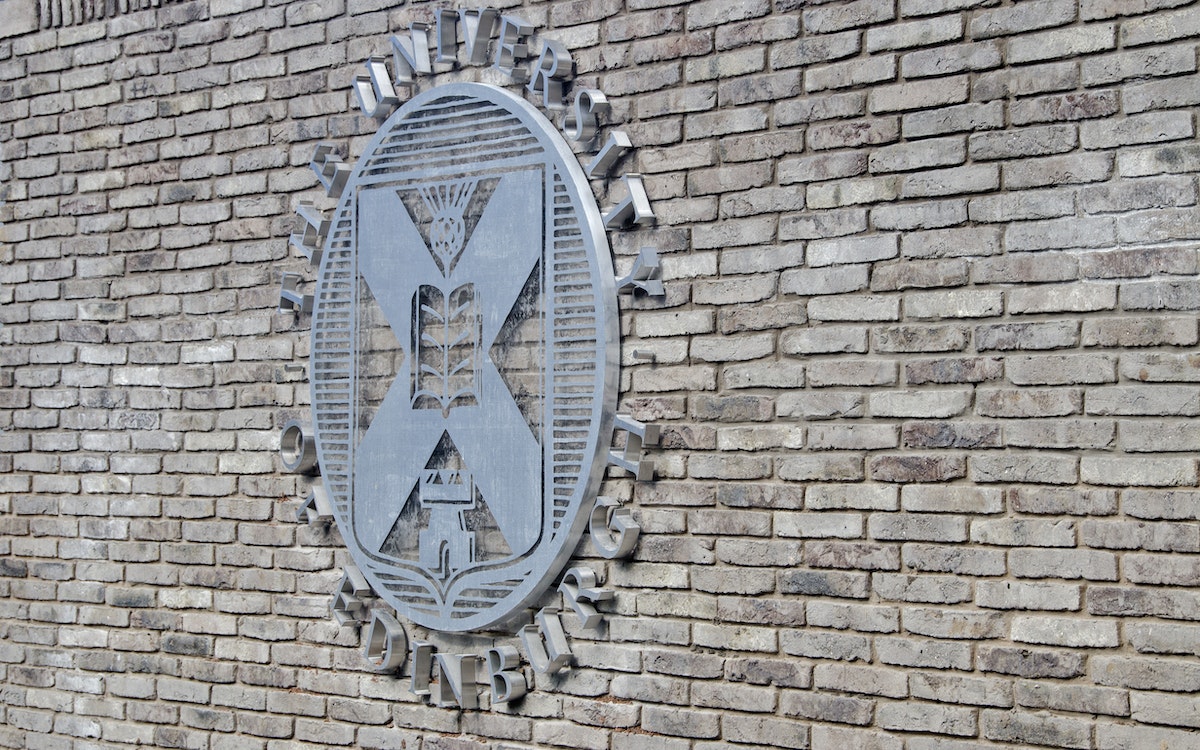 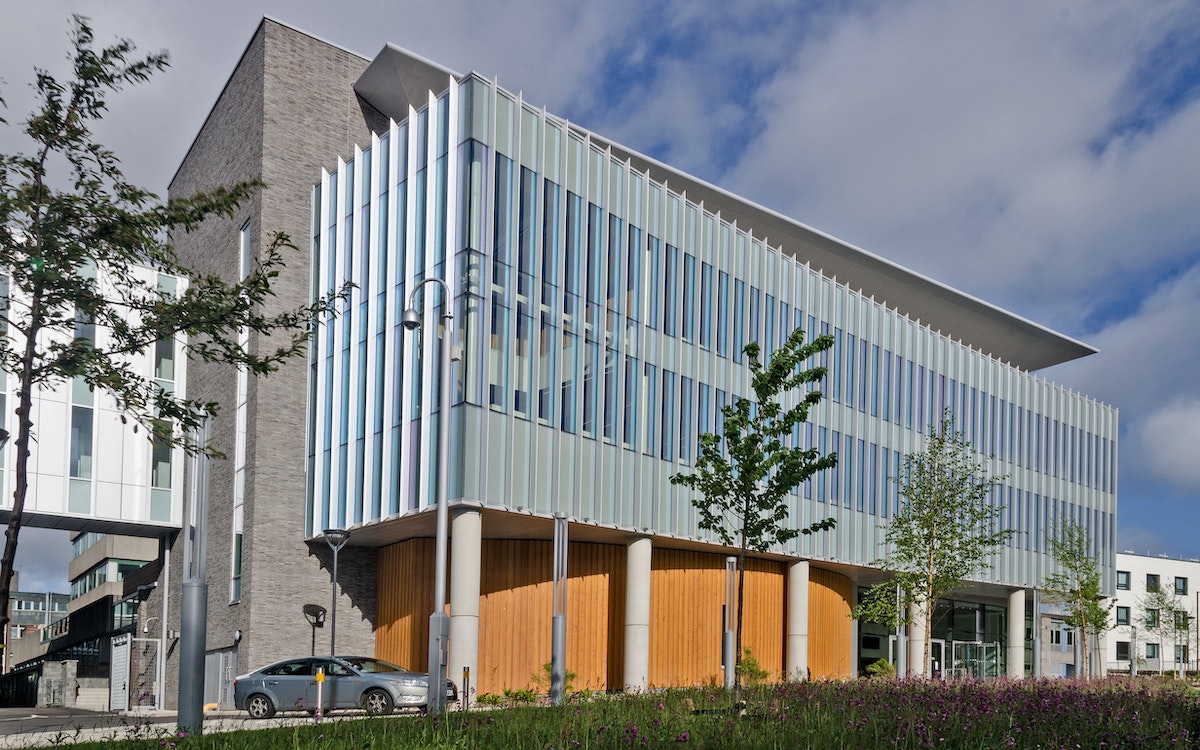 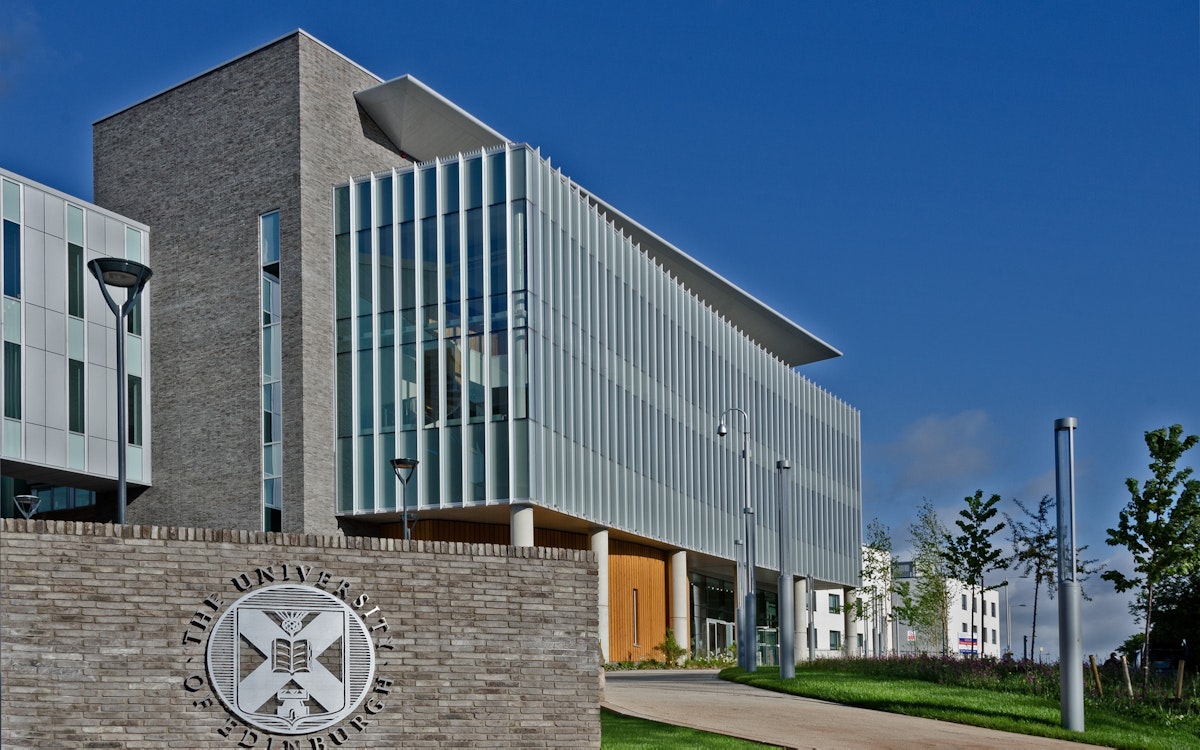 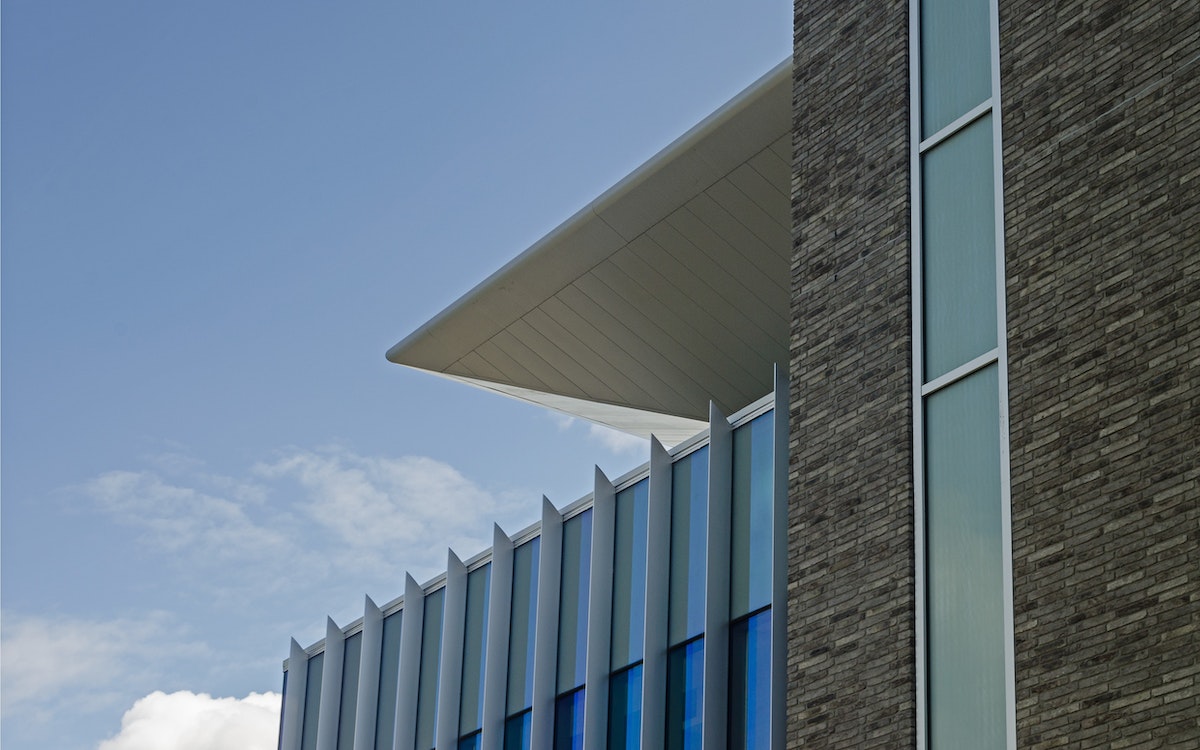