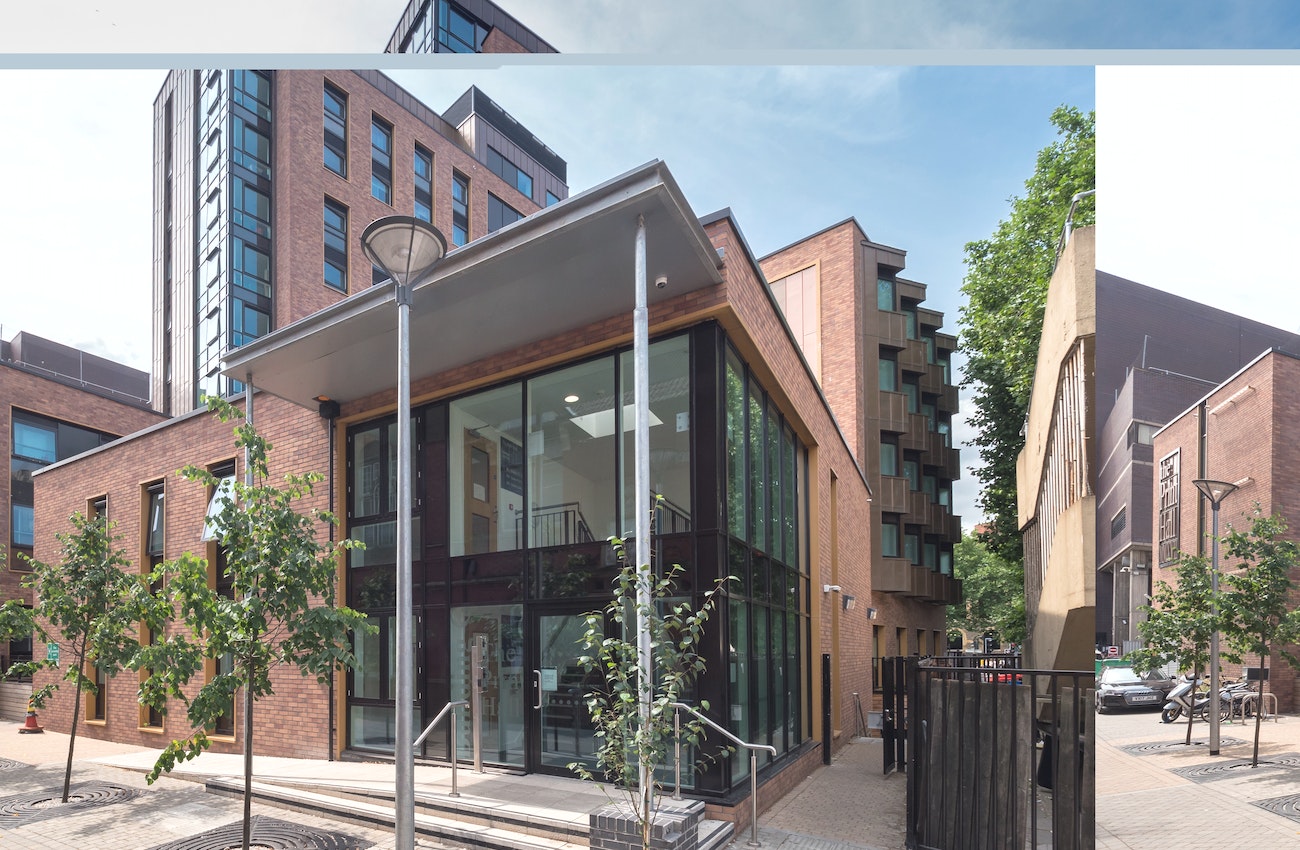 Print Hall is a £25m student accommodation development for the University of Bristol. Located in the Old Market area of Bristol, it is a 26-minute walk or 10-minute cycle away from the University’s main campus. Designed by Russ Drage Architects and managed by Midas Construction, the 267-apartment building was built on the site of the former Bristol Post newspaper print press office which was demolished in 2011.

The halls of residence are ideally situated, with Cabot Circus shopping centre and Bristol Temple Meads train station a short walk away. Within the building, resident students have access to a common room, fully equipped gym, laundry facilities and an outdoor courtyard.

It was important to the architects that the materials used on the development reflected the sites history. A red brick and copper metal cladding were chosen to create a standout facade, providing a nod to the newspaper print press office that once stood on the site. Taylor Maxwell supplied Corium brick cladding to the project, a popular choice for student accommodation due to its quick and easy installation and cost savings due to less construction time onsite. The cladding was expertly installed by CCS Facades, a leading facades specialist. 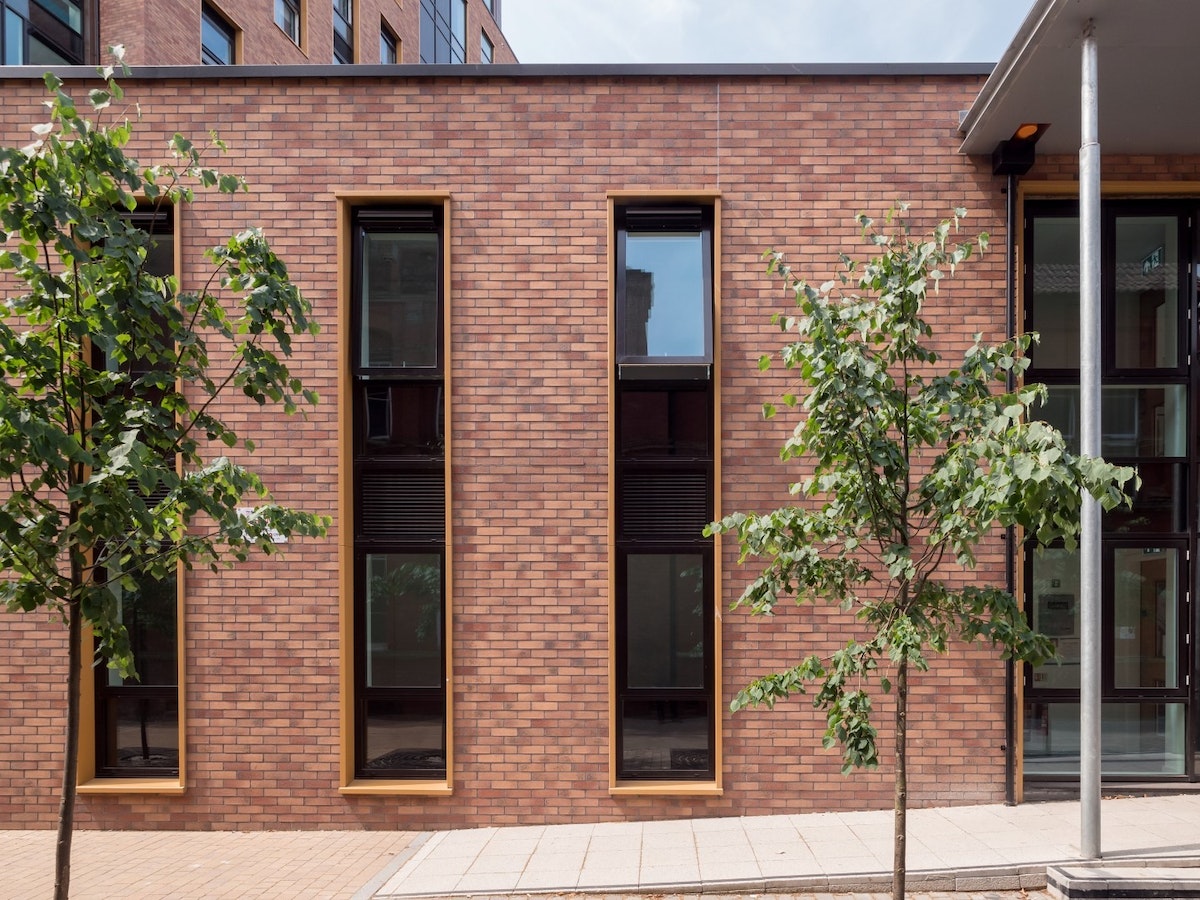 Corium brick cladding is regularly used for student housing developments, as a quick construction time is often desired to meet building schedules. Corium worked especially well for the Print Hall development as it helped to achieve the look of traditional brickwork, something that was important to the architects design vision. Corium holds an A1 fire rating, as determined by its BBA certificate, which makes it ideal for high rise residential buildings.

As the building lies within Bristol’s Old Market Conservation Area, it was paramount to the architects that sustainability and restoration were also carefully considered. Midas reused the foundations of the former Bristol Post building and transformed the derelict site into a thriving environment for students to live, work and socialise. As part of the scheme, a road that had been lost in the 1960s due to construction works, Jacob Street, was recreated by Midas and is now part of the pedestrian landscaping around the development.

The student accommodation was finished within budget and achieved a Very Good BREEAM status, meaning it is in the top 25% of new UK buildings with regards to sustainability. The project also provided opportunities for a large number of apprentices to learn their trade on the 90,000sqm development. These trades included bricklaying, mechanical and electrical engineering, painting, decorating and landscaping.

Print Hall achieved a Civic Award, only one of five handed out in Bristol, along with being the only new building to be awarded a Bristol Civic Society Award. The project also received a Preservation and Rejuvenation accolade at the South West Built Environment Awards and won the Regeneration Project of the Year award at the RICS South West Awards.

We are incredibly proud of Print Hall and felt throughout the project that the history of the site, what we were looking to achieve there, and the finished product stood out as something special.

“It’s great when that view is shared by our peers in the industry and the Bristol Civic Society, and more than anything there is a huge satisfaction in seeing this formerly derelict site now a busy thriving environment for students in which to live, work and socialise. 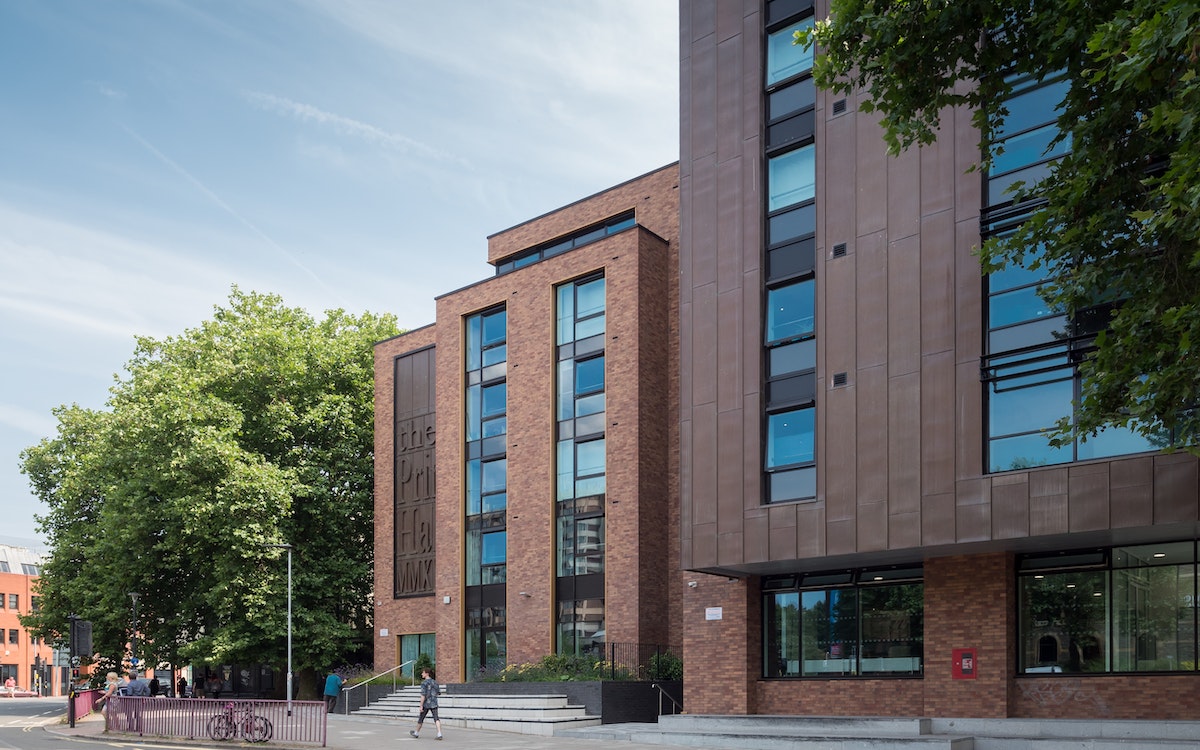 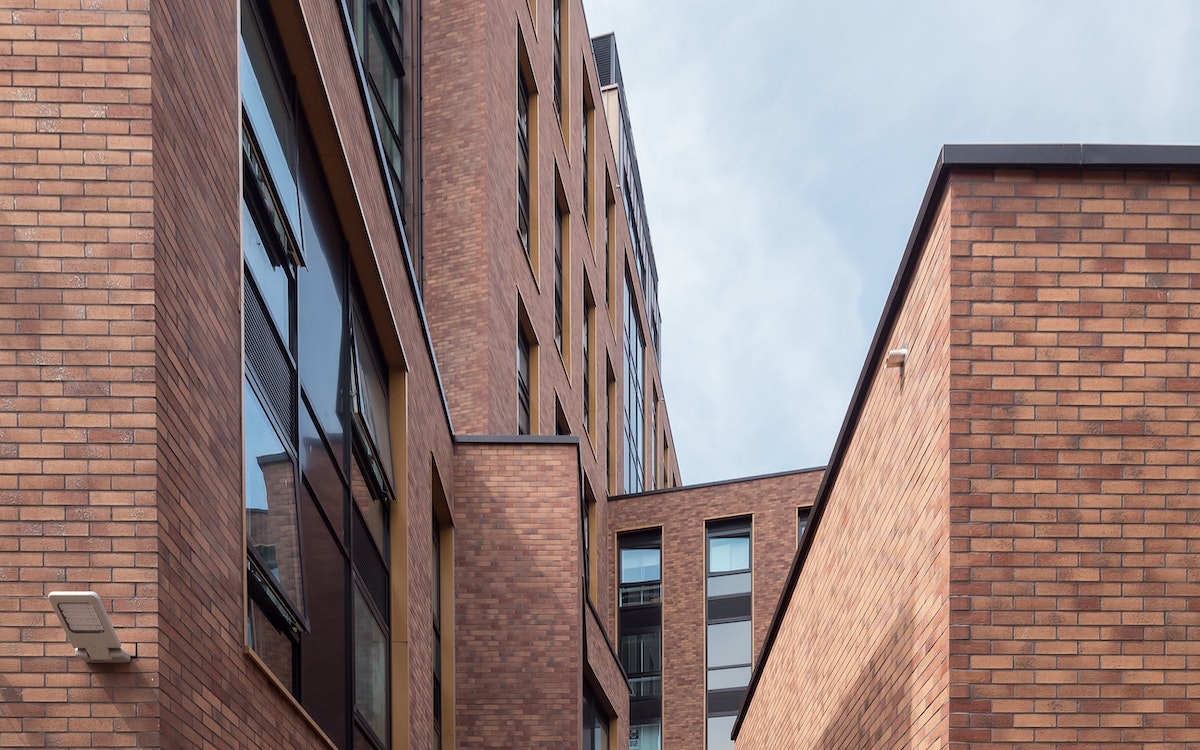 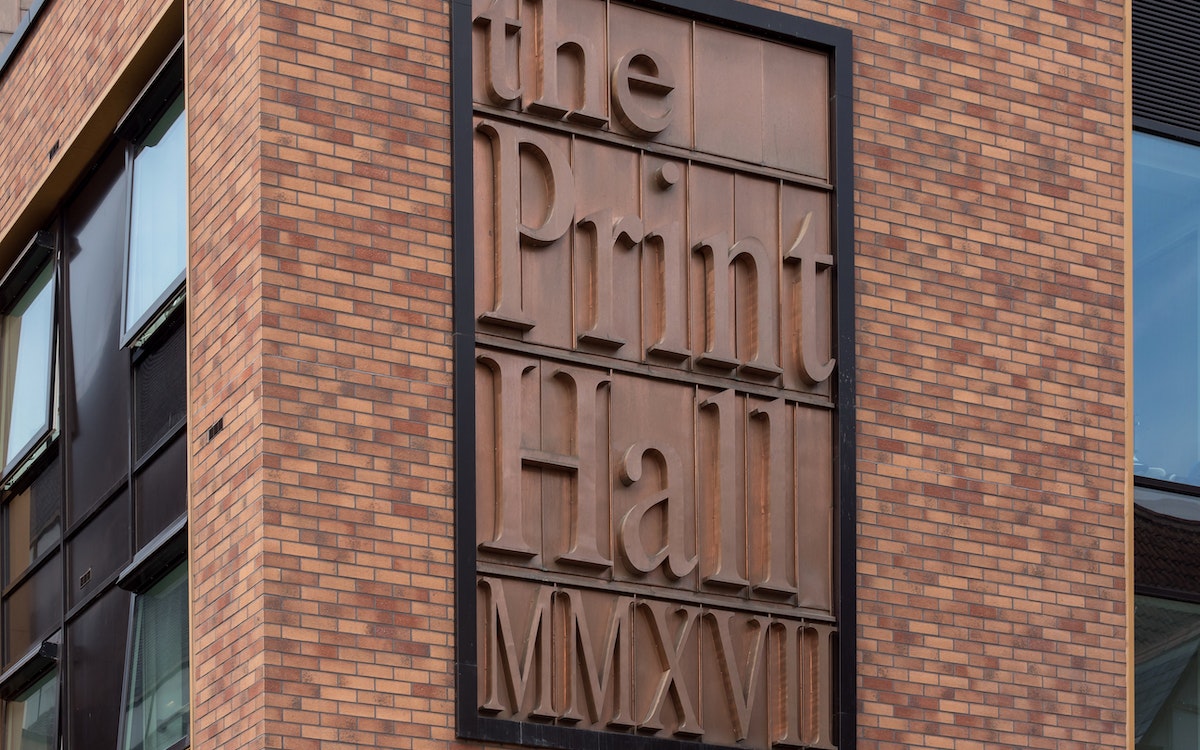 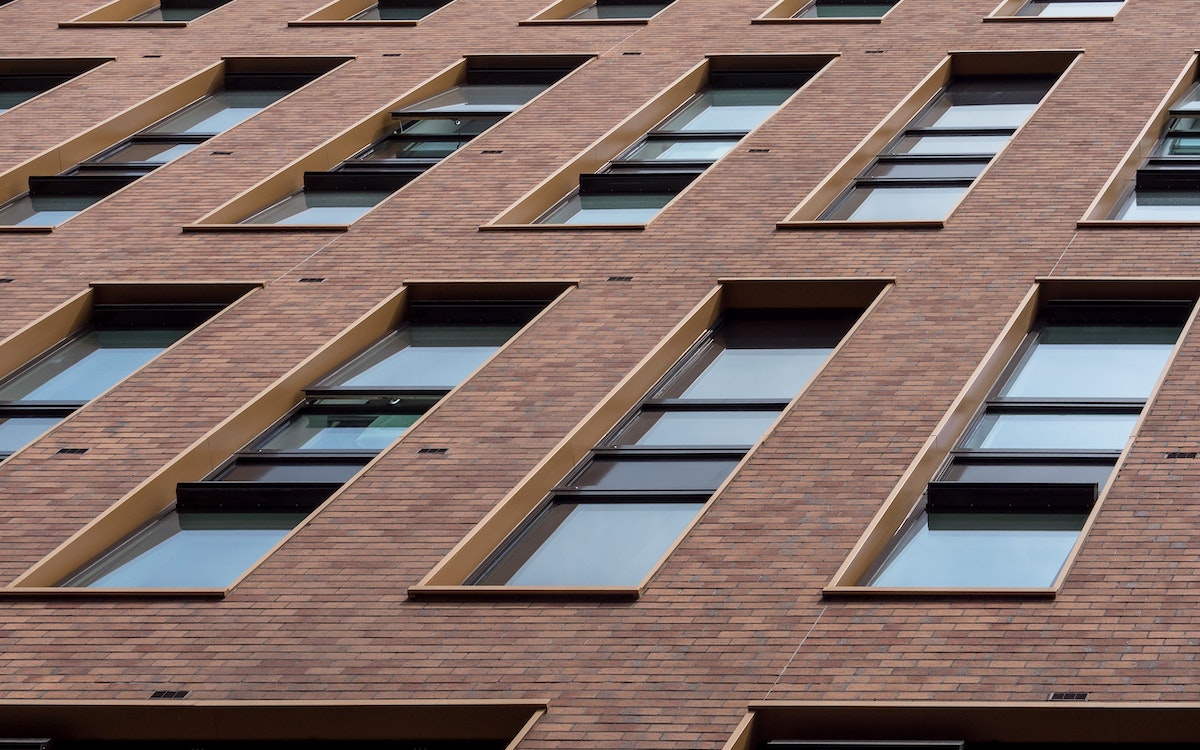 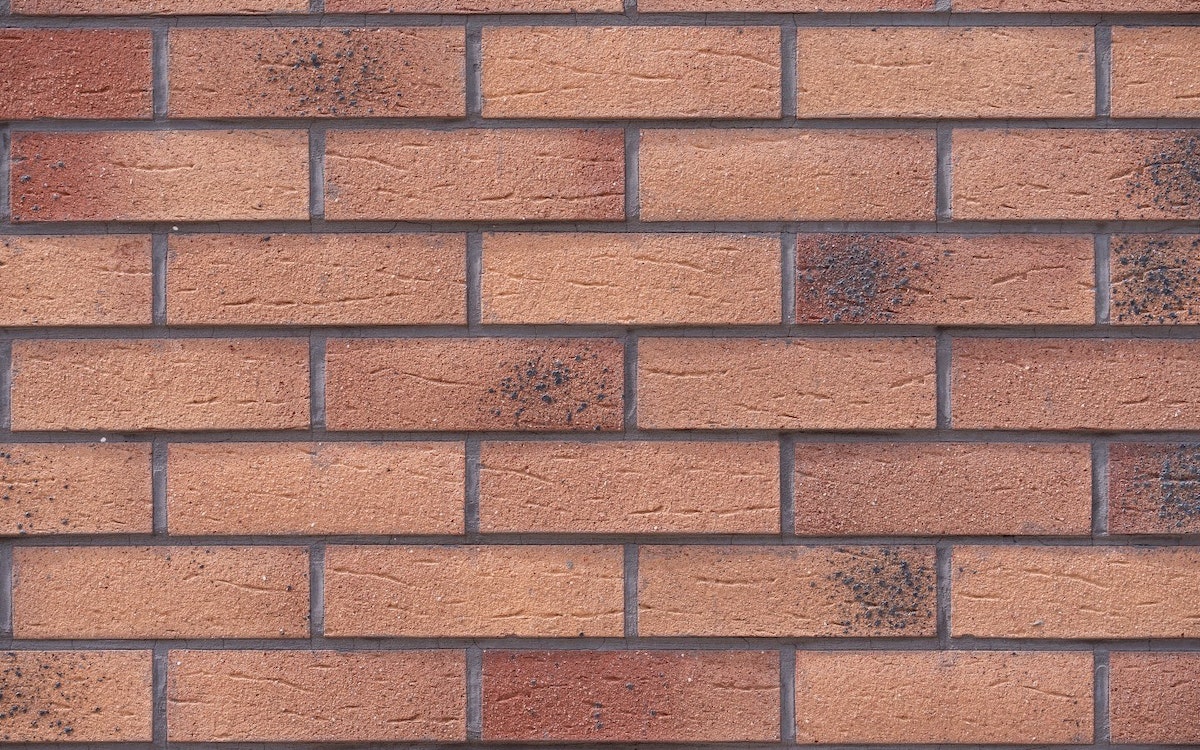