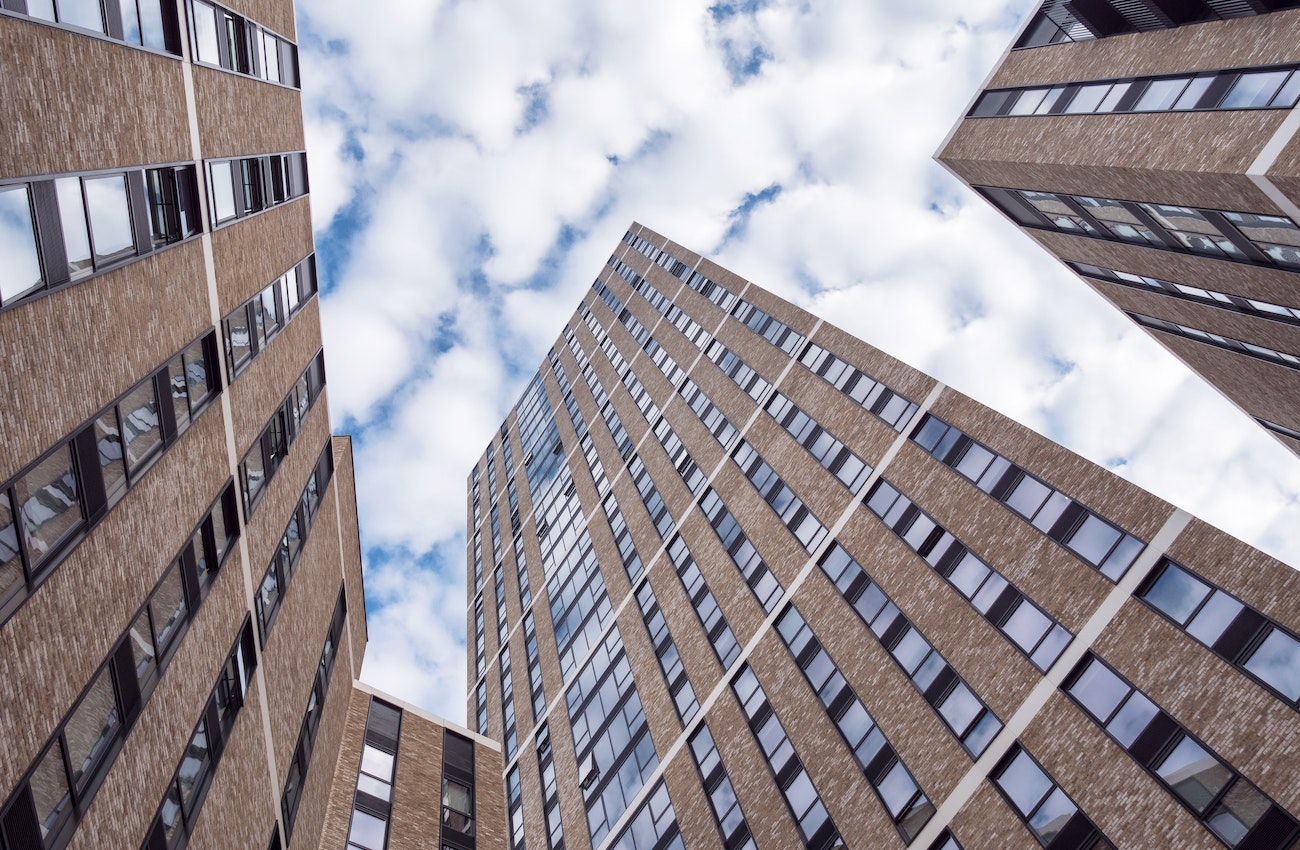 Named after the pioneering Imperial College London botanist alumni, Helen Kemp Porter, the Kemp Porter Buildings at 140 Wales Farm Road is the latest campus developed by Imperial College in North Acton, London. Designed by Carey Jones Chapman Tolcher and managed by Ardmore Construction, the re-development at the site of the former Elizabeth Arden Perfume Factory marks a significant milestone in the College’s estates strategy. Following the renovation of Wilson House in 2014 and the construction of Woodward Buildings in 2015, the completion of the Kemp Porter Buildings creates the largest number of College-owned bed spaces in its history.

Comprising five buildings, including a 31-storey tower, the development consists of over 600 bespoke student rooms and 85 build-to-rent apartments, along with a seven-storey commercial office space with retail units on the ground floor. All five towers are constructed using traditional brickwork, including the 96m central structure, which forms the site’s iconic identifier. All five buildings share an energy centre, landscaped public space and excellent transport links to the wider London area for the benefit of the bustling community of over 1,600 arts and science students.

Carey Jones Chapman Tolcher (CJCT) acquired the brief from Imperial College London to create a mixed-use development across the central 0.73-hectare site. With modernity and community in mind, the architects built a paper-craft model of the scheme to assist in telling the story of the project. The scale model was completely handmade by CJCT’s in-house model maker and includes every single door, balcony and miniature tree, to embody the design as precisely as possible. The model was not only a presentation tool, but supported the proposal during the planning, design and operational stages.

Each of the blocks share a common architectural approach that draws reference from the original Perfume Factory elevation, which was broken up both vertically and horizontally. The architects sought a textured, buff coloured brick to complement the popular style seen throughout London’s landscape. These ideas are combined on the Kemp Porter Building’s facade in a grid-like structure, contributing positively to the developing character of the area while showing an appreciation of the sites history.

The scheme’s interior design approach chiefly focuses on addressing the needs of overseas students and attempts to create a home away from home, making the space as comfortable as possible and a joy to spend time in. Flexibility and functionality were therefore key to the common areas, with spaces designed to bring the student community together for various events held by the college. 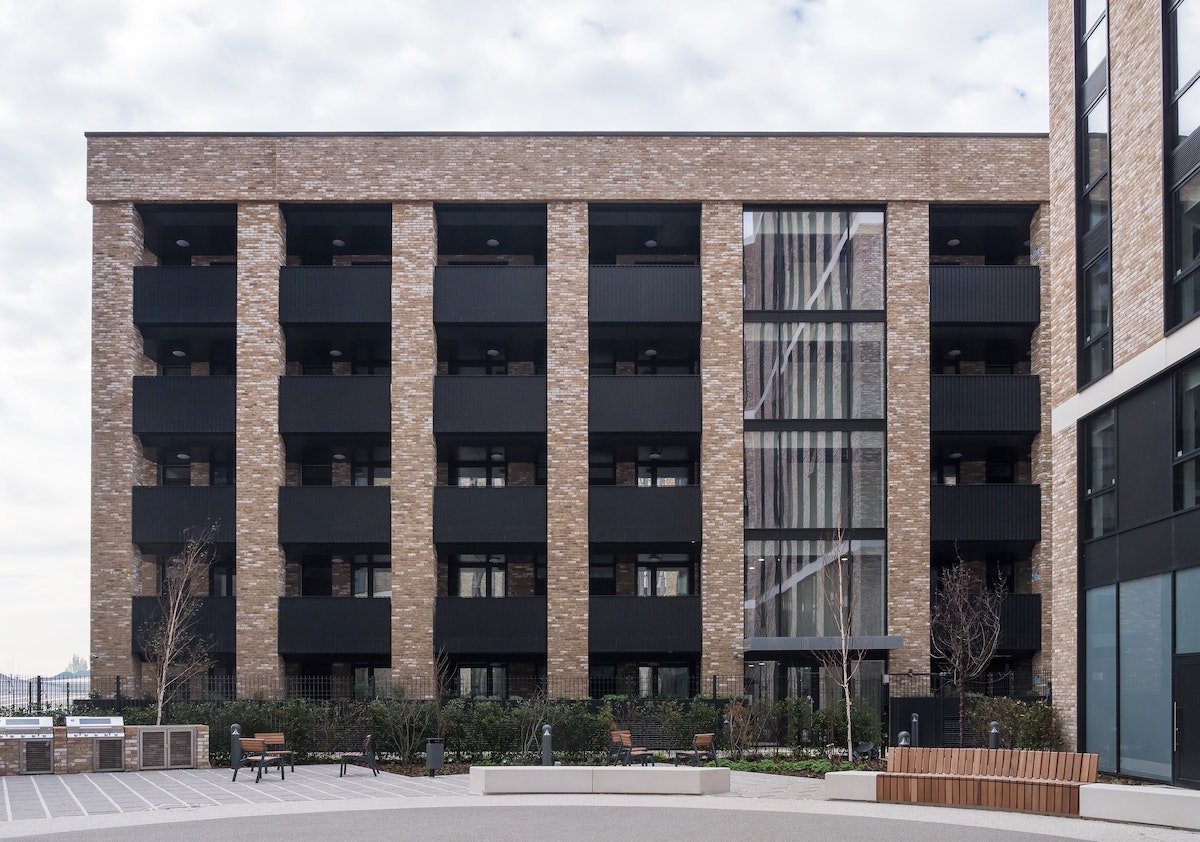 As London grows, it grows up. It was therefore critical to the Kemp Porter Buildings project that all parties involved had experience in the construction of high-rise developments. While the construction was originally planned using a modular solution, the client anticipated late-stage changes, therefore a traditional build methodology was chosen to allow for alterations, without affecting the completion date. The traditional build meant installing an innovative climbing screen around each structure to protect workers on the tight central London site.

In partnership with Taylor Maxwell, Carey Jones Chapman Tolcher reviewed a number of possible brick options before specifying a popular buff multi brick that had been previously used on a Stirling Prize winning project. The 140 Wales Farm Road development has gone on to be recognised for its own achievements, after being crowned the tallest traditional masonry tower in the UK at the time of topping out.

With consideration of the original Perfume Factory building, both the student accommodation and commercial blocks utilise brickwork with vertical void elements and prominent banding to define window positions and distinguish the sites entrance. CJCT employed smooth, warm-white glass reinforced concrete (GRC) and striking black panelling across the elevations, to add drama and dimension to the facade.

The Kemp Porter Buildings form part of a larger redevelopment zone, joining a wide mix of residential, commercial and retail buildings. Critics have praised the developments cohesion among these sites, as many of them also feature modern, high-rise towers that add to the regenerating skyline. 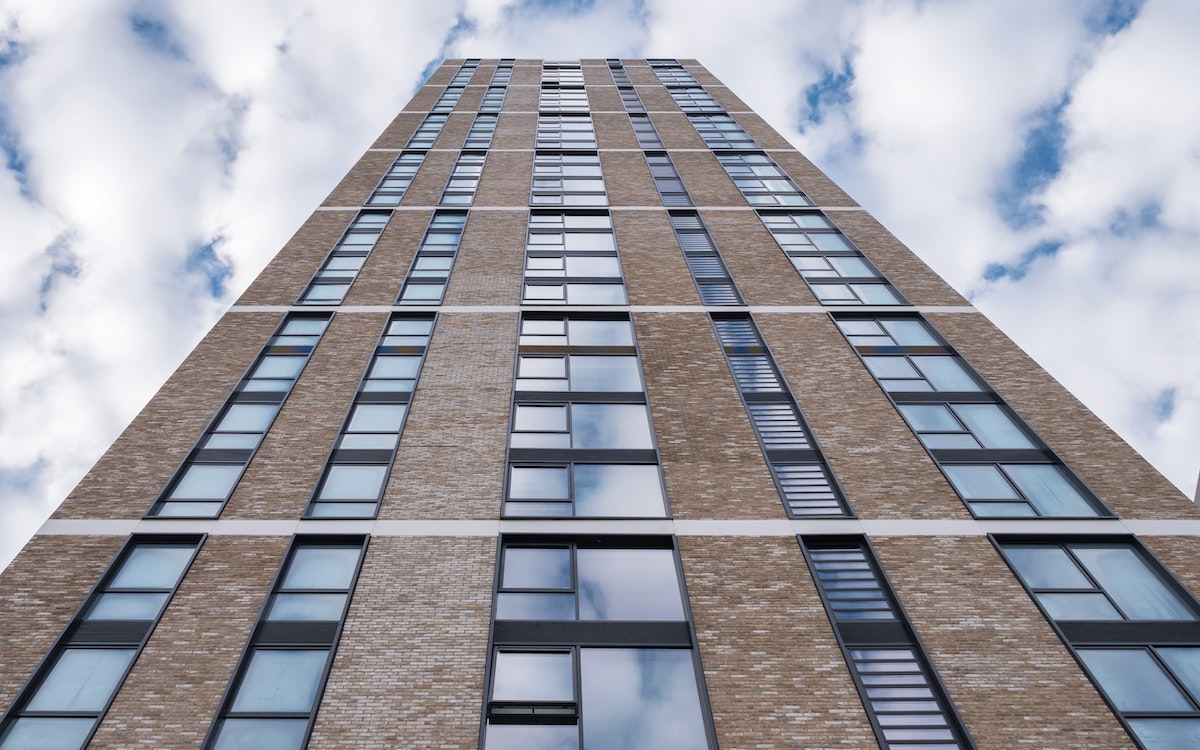 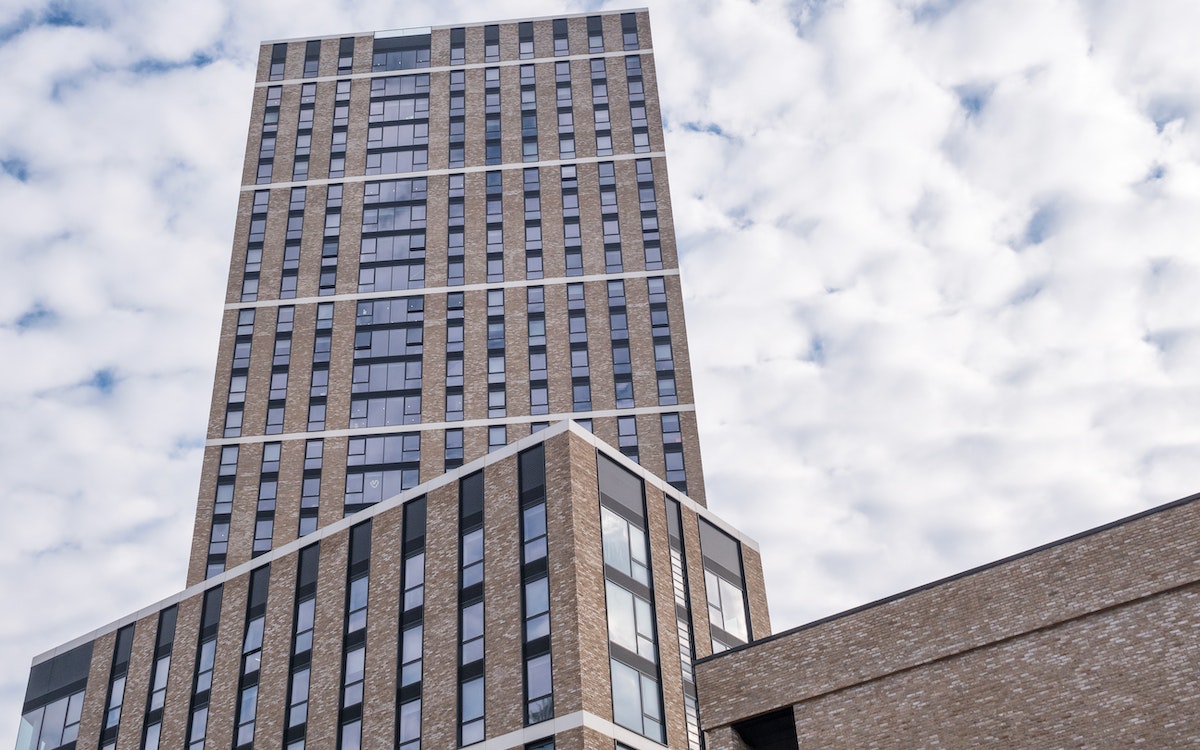 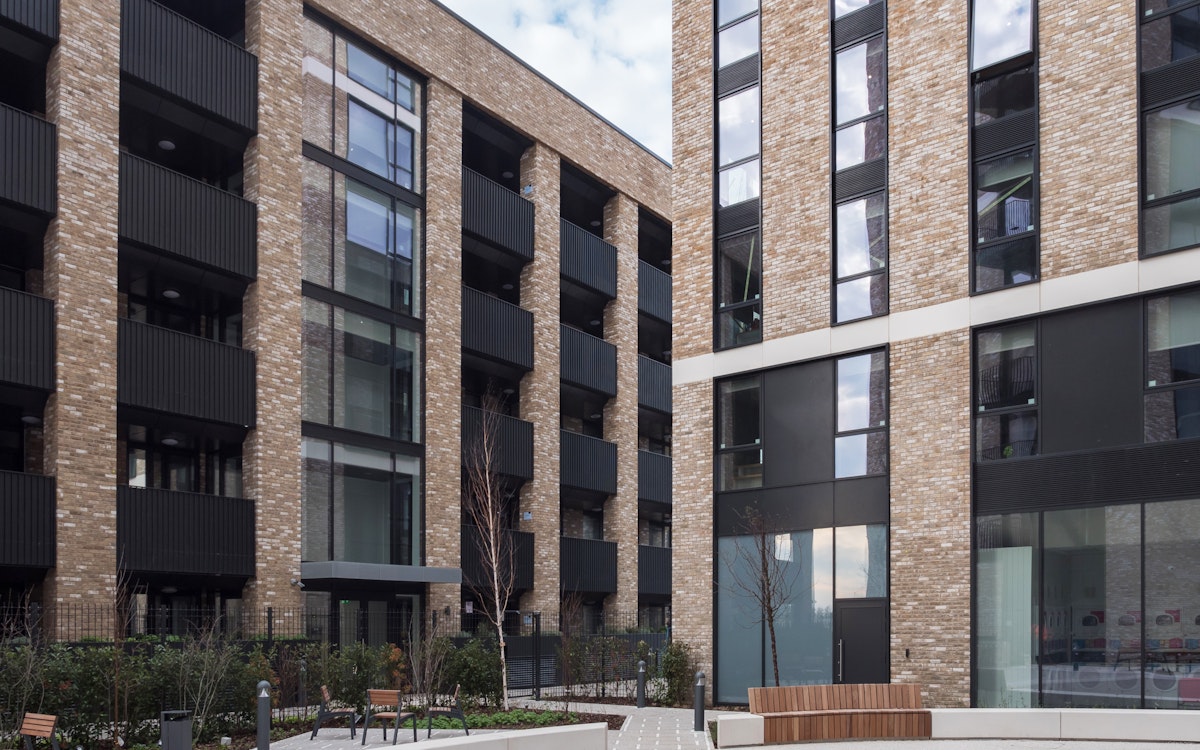 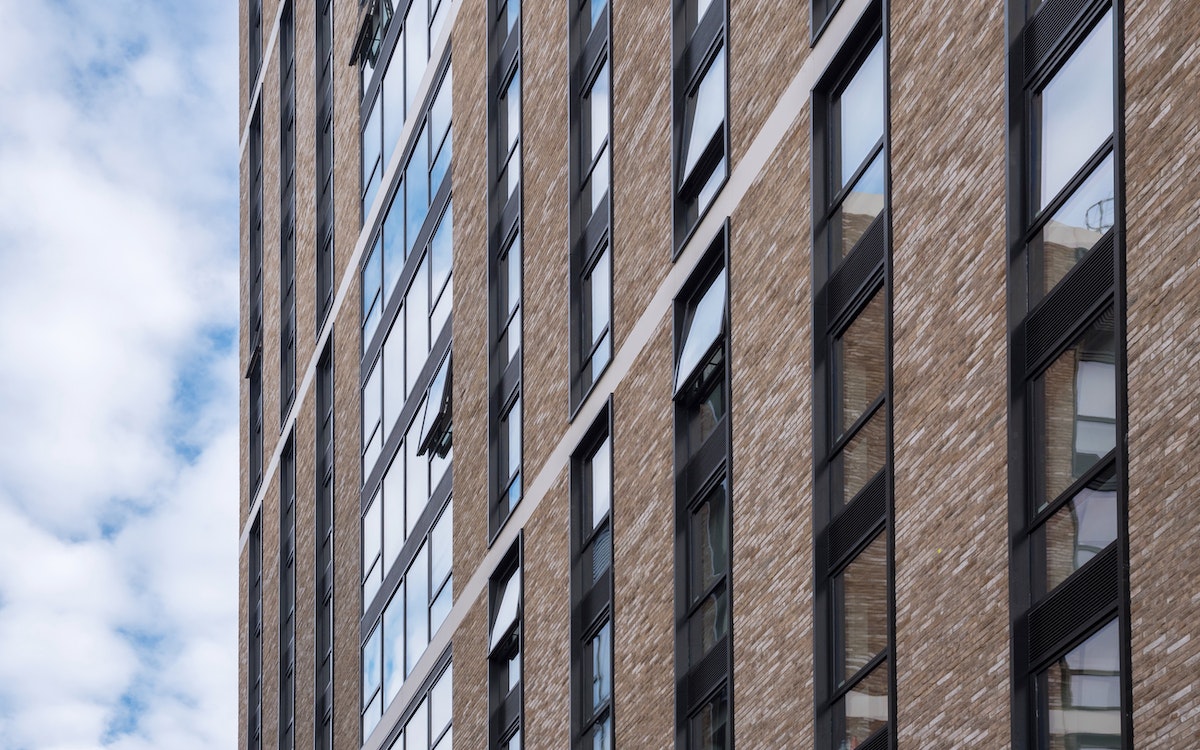 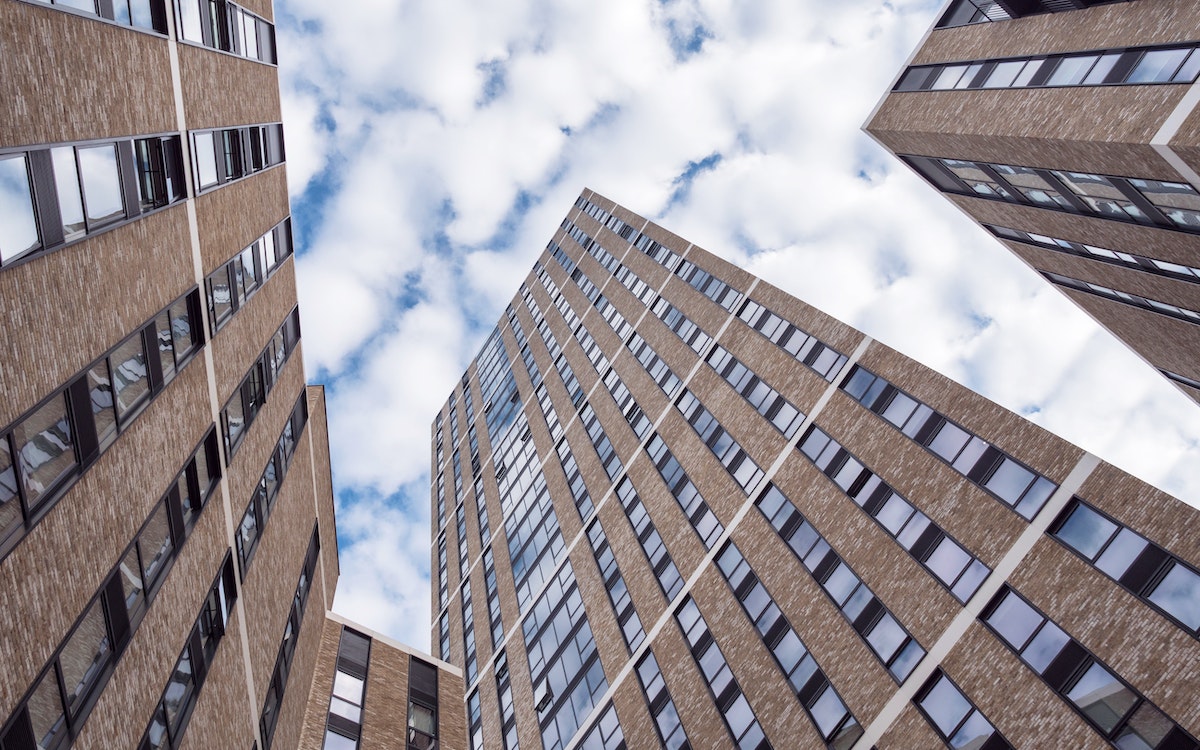 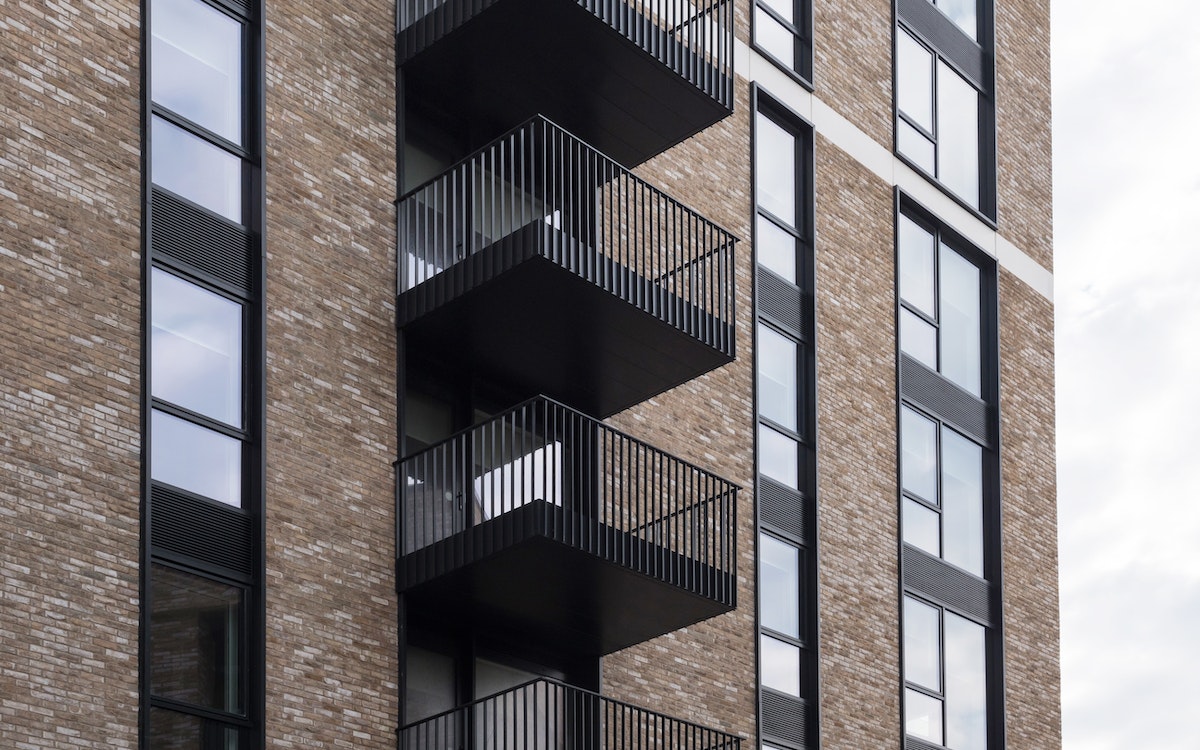 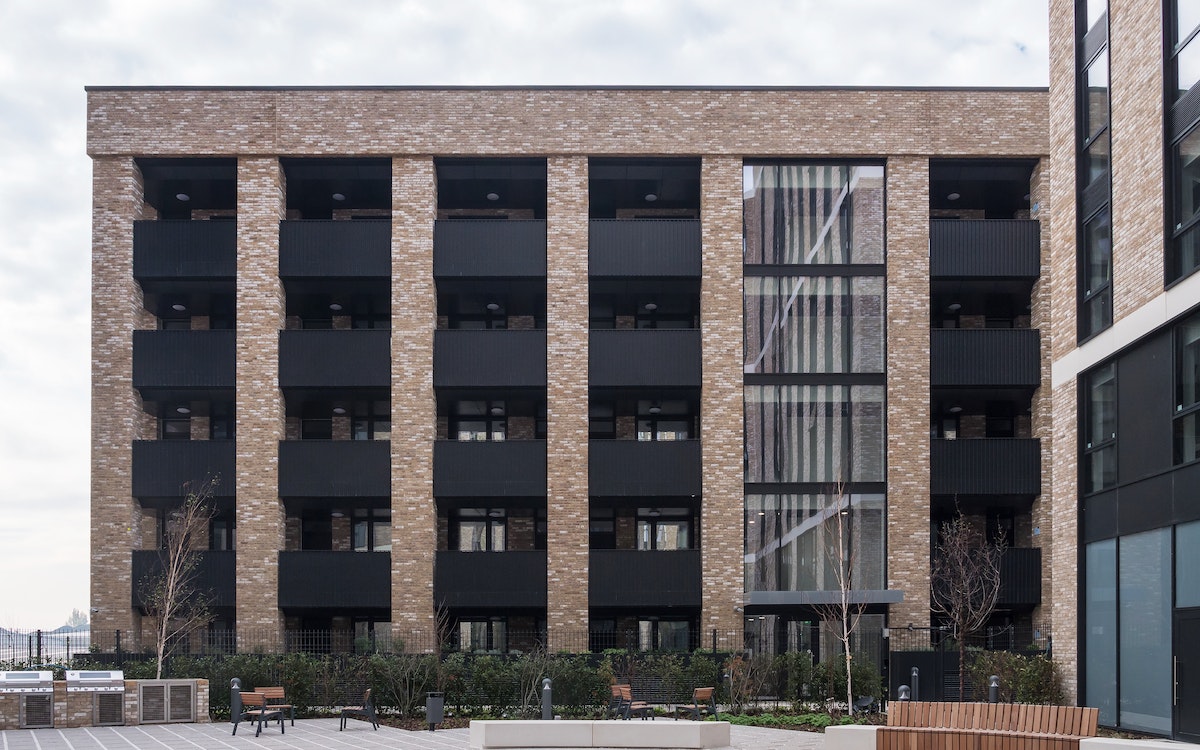