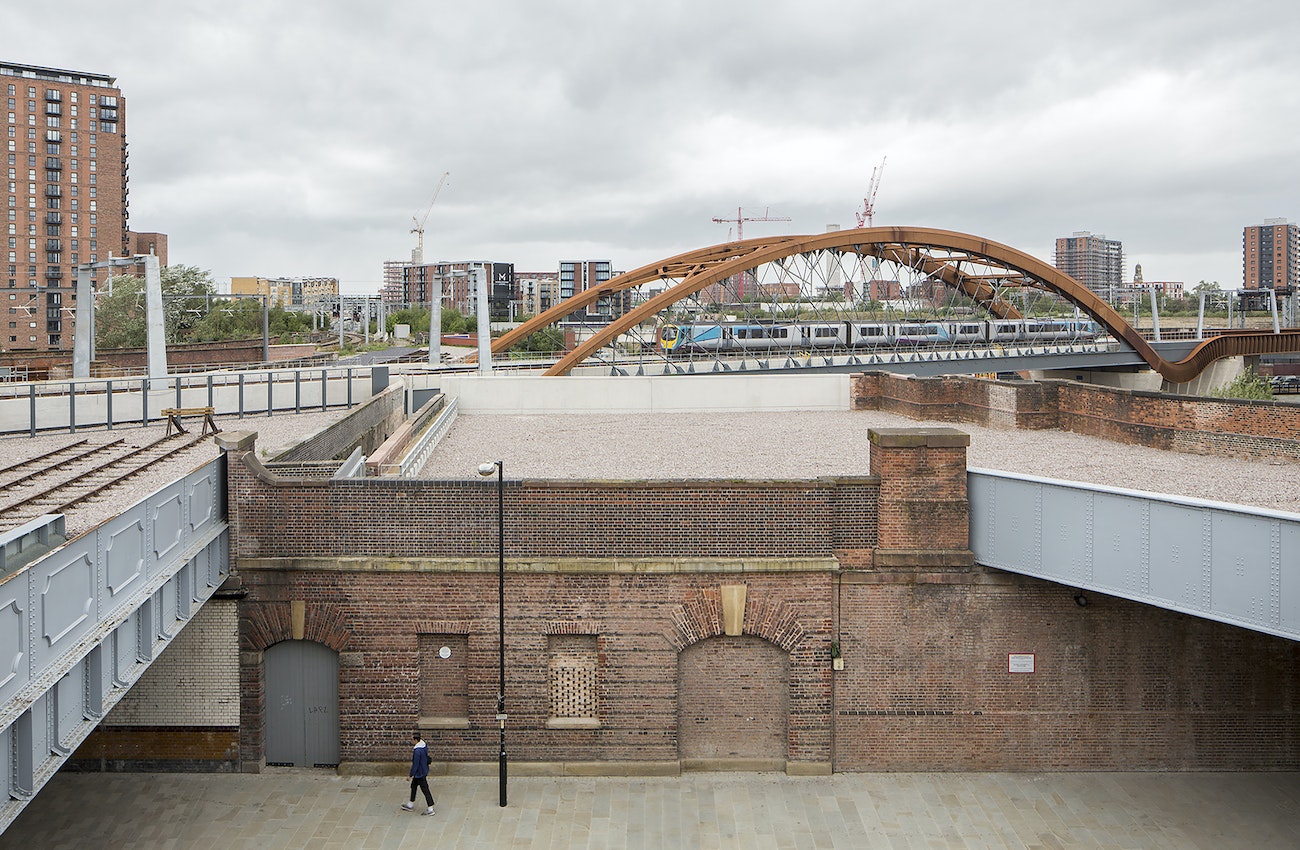 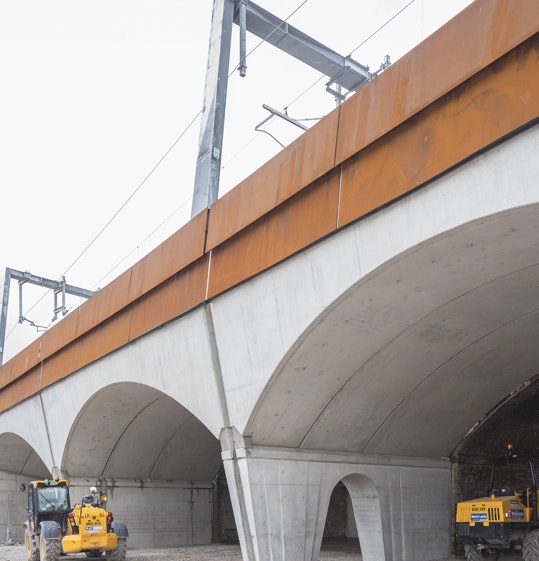 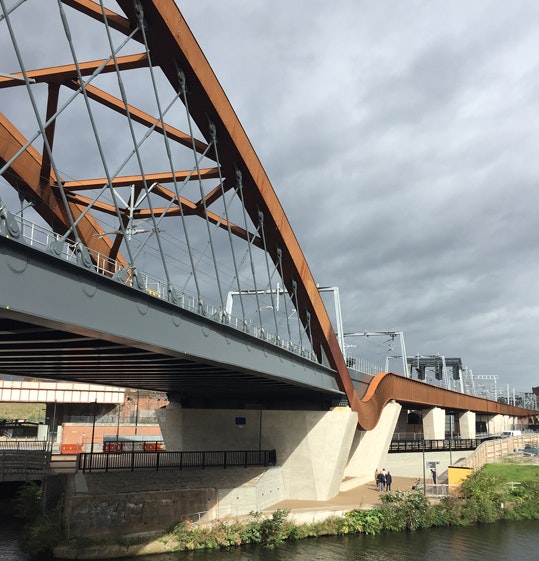 Where does architecture begin and end? What can architecture thinking bring to super-scale infrastructure? This project provokes these questions and responds with impressive success. Spatially, it comprises a series of viaducts, bridges and public spaces that link rail services across northern England to provide new routes for passengers and unlock bottlenecks in the system. The architect’s skill has assisted these constructions to detangle urban space whilst reconciling relationships through guiding stakeholders through complex decisions. The final project brings local delight with the striking form of the new river bridge and a strong identity through its materiality and consistent detailing.

Under an exploratory scope the architect’s challenge was to create a series of cohesive places with an overriding requirement to clear the path for the new rail route. The site has significant historical importance, intersecting George Stephenson’s pioneering Liverpool to Manchester railway. The original structures have been carefully restored and new public areas created adjacent to them to celebrate their character and importance, creating accessible and versatile urban spaces.

The contribution to sustainability of infrastructure improvements such as the new Ordsall Cord lie in two urban scale dimensions. Firstly - the significant enhancement of the public realm in the immediate area, which it is clear is already acting as a catalyst for wider investment and redevelopment of largely run-down, disused “unsustainable” spaces on both sides of the River Irwell - the boundary between Manchester and Salford. Secondly - the contribution the new route makes in improved rail access to both cities and in turn the impact this will have in reducing car use and congestion. During the project, consultation embraced 20+ community groups, societies and associations, resulting in the production of interpretation panels and artworks in various locations around the site which draw out the wonderful history of this iconic site - part of the first ever public passenger railway.

The application of concept through to detail is consistently high. Each element and space touched by the project has been carefully considered. What could have been mundane has been lifted by the application of thoughtful strategy, consistent design language and a care in detailing that responds to the context of each element.

Find out more
A Restorative Rural Retreat for Sartfell