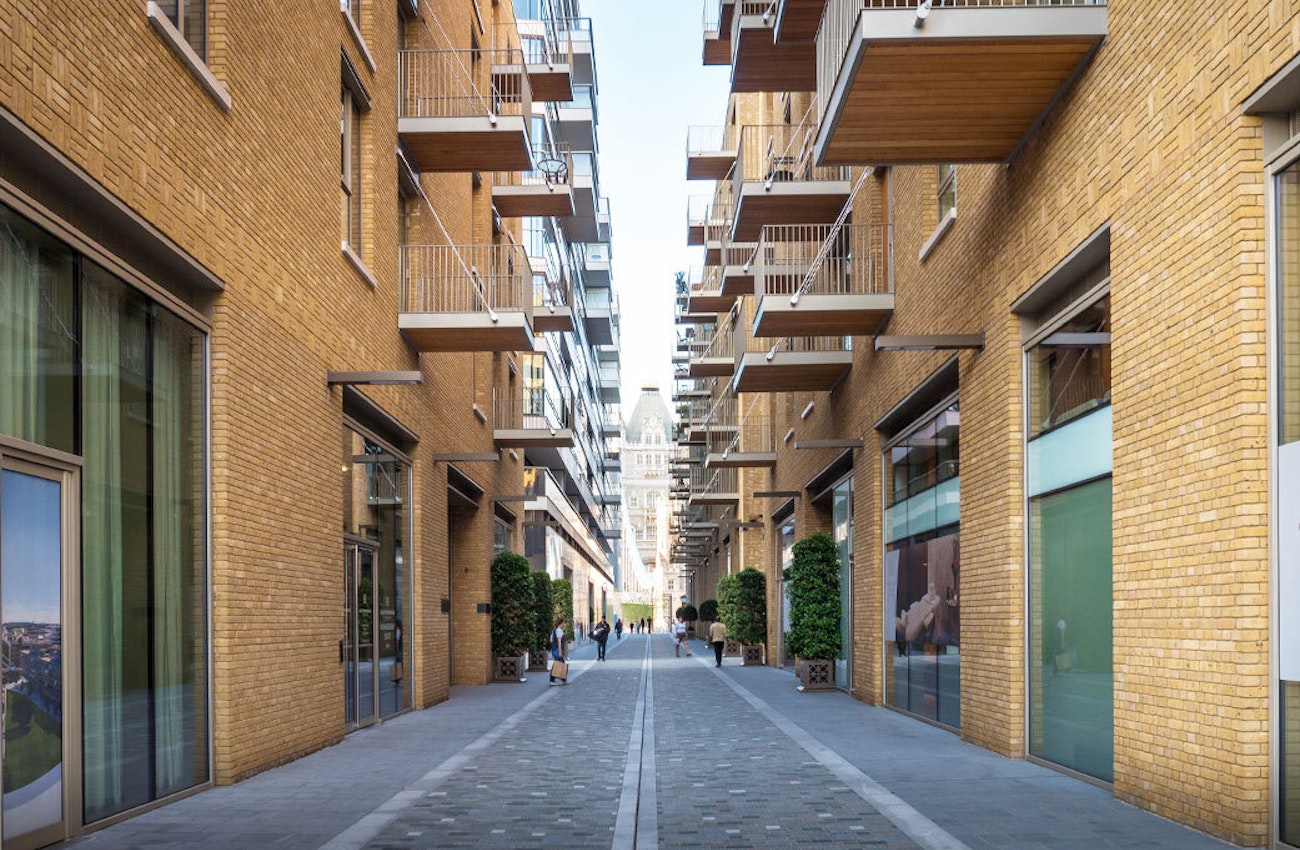 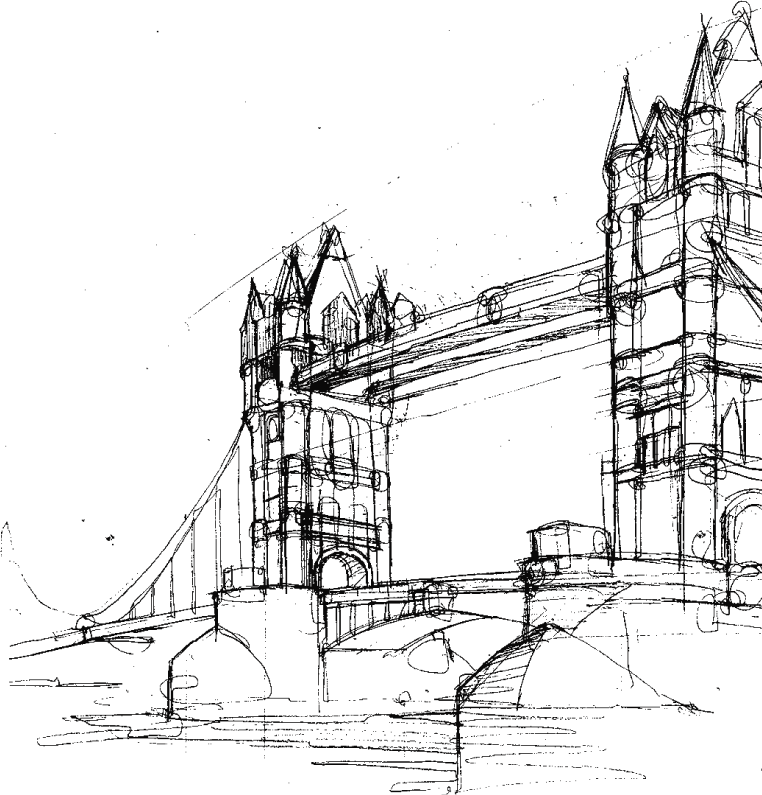 One Tower Bridge is a brand new, award winning development designed and developed by an award-winning architect and developer...

The prestigious Berkeley Homes development is located in one of the most iconic spots in the capital, on the riverfront between City Hall and the Thames’ flamboyant Grade I listed Tower Bridge. Neighbours include a checklist of symbolic central London landmarks – the Tower of London, Cheesegrater and The Gherkin among them.

The scheme comprises of nine individual blocks with 3 distinct architectural styles. The ‘transition’ block runs along the river separating the rest of the scheme from more London and the twenty storey Campanile [Italian bell tower], which acts as another focal point along the Southbank. The natural stone and glass ‘finger blocks’ encasing the first-floor residents garden, cloaking what will be London’s newest 900 seat theatre, reflect a more modern architecture. Finally, the English bond brickwork blocks with their raking timber balconies knitting the scheme in to the more traditional Shad Thames style of design. These buildings step down in scale towards Tower Bridge Road and a new pedestrian route, Duchess Walk, have been created to maximise views through the site from Tooley Street to Tower Bridge.

of retail and leisure space

The masterplan, by London architects Squire & Partners, creates a timeless part of the city, appropriate to the surrounding environment of Potters Fields Park and the South Bank.

The facade materials of the development were carefully designed and chosen to mediate between the traditional brickwork and alleyways of Shad Thames and the modern glass and steel buildings such as More London.
Paul Harrison, Consultant Director at Squire and Partners explained, ‘Using the nearby Shad Thames warehouse buildings as a key precedent, we explored different bricks on sample panels and created a sample bay, which included windows and a balcony, using all the intended finishes and colours. In the end the client, Berkeley Homes selected the London yellow stock brick.’

Damian Bates, Senior Project Manager at Berkeley Group, advised that it was indeed the Chairman of Berkeley Group, Tony Pidgley, who made the ultimate decision to go with the Smeed Dean London Stock brick. ‘This is a landmark development, so it was important for us to use traditional materials.’ 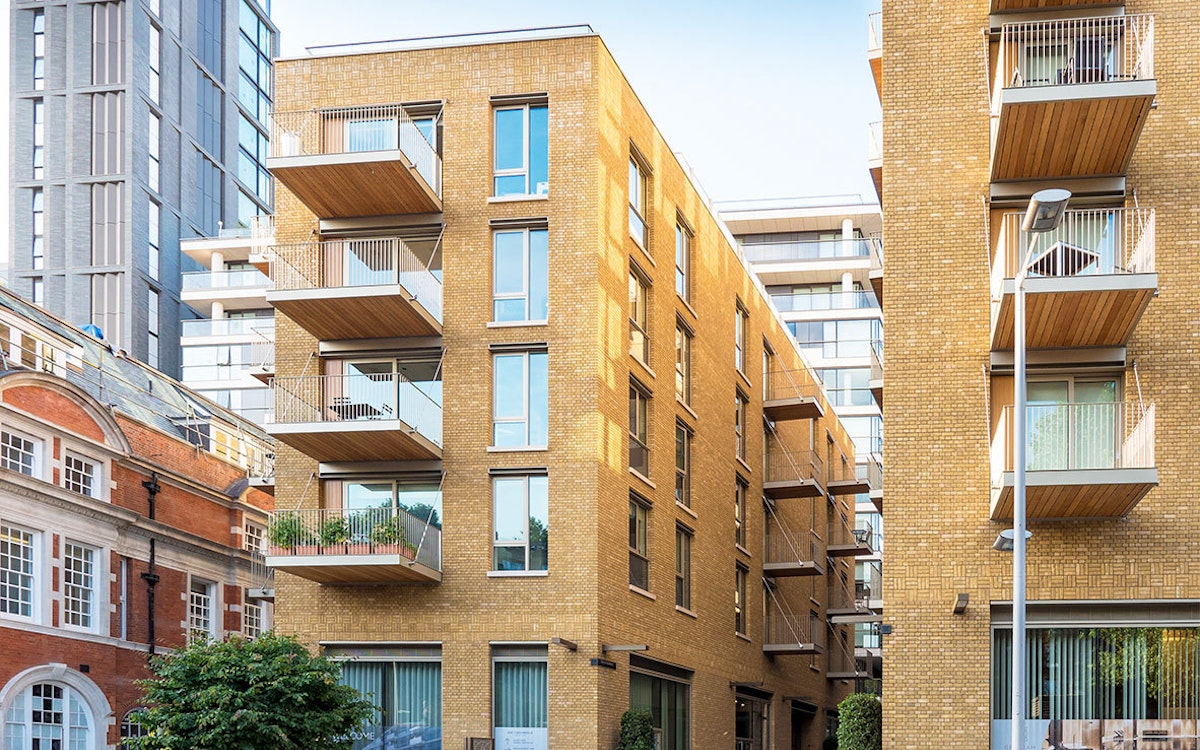 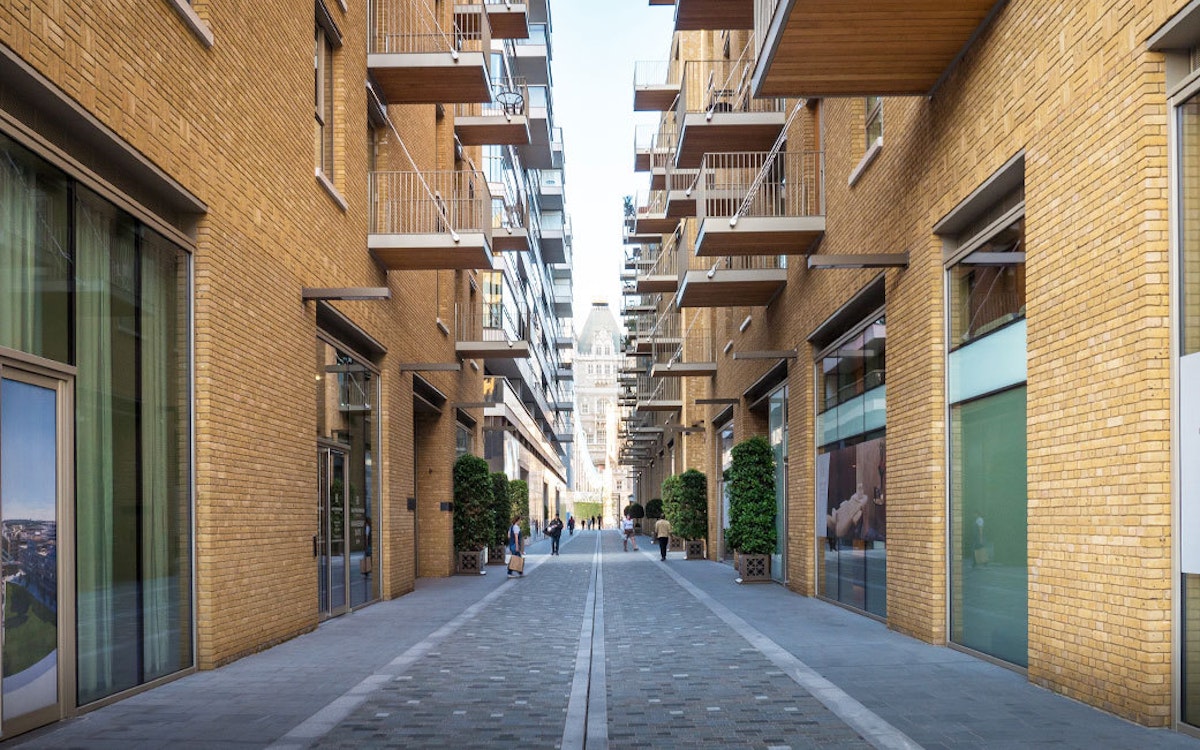 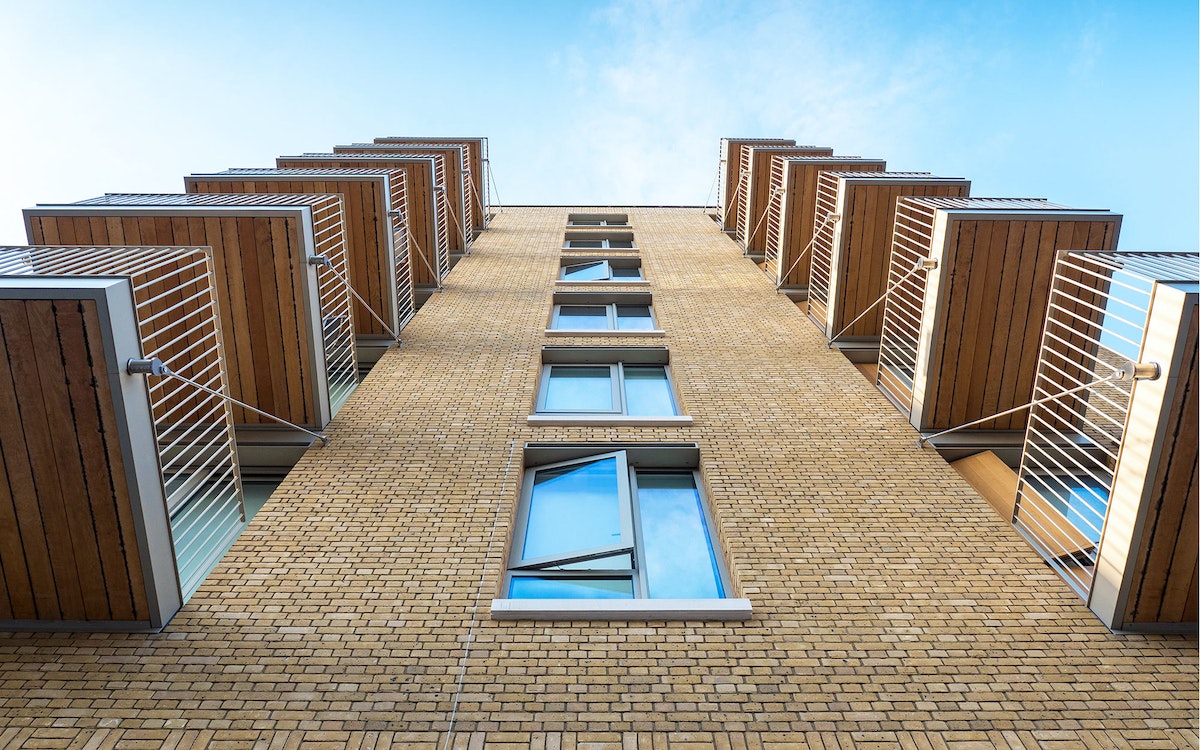 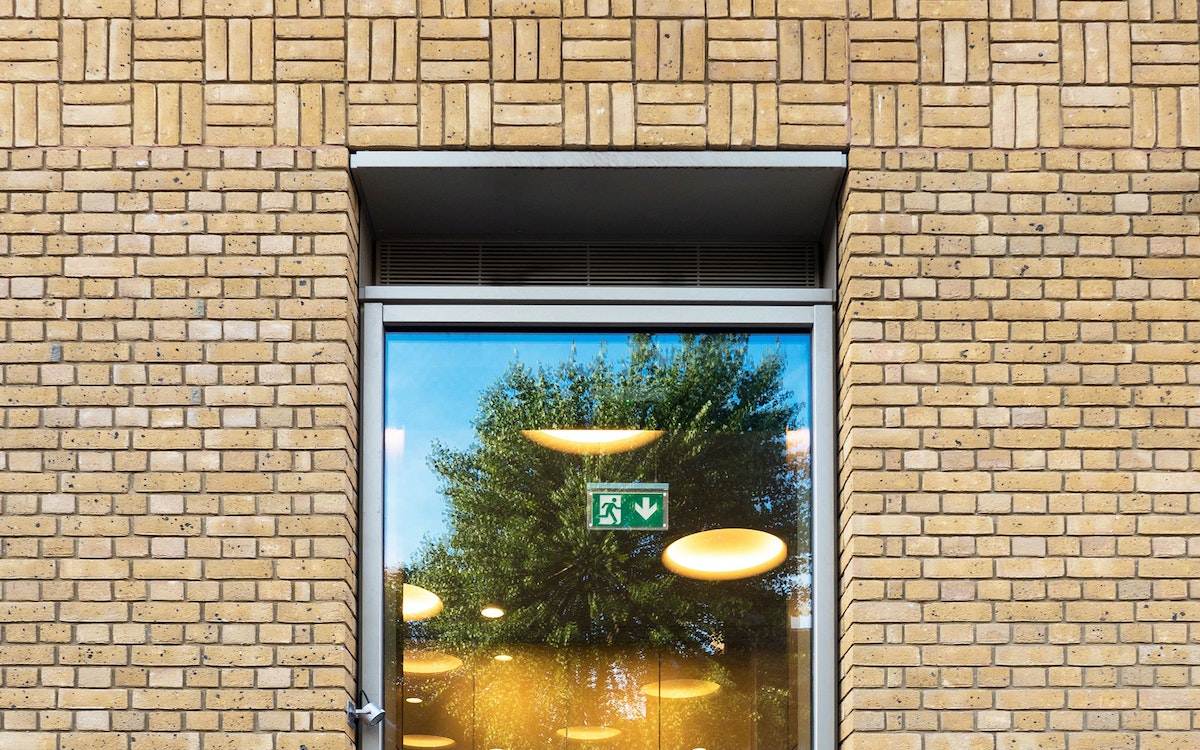 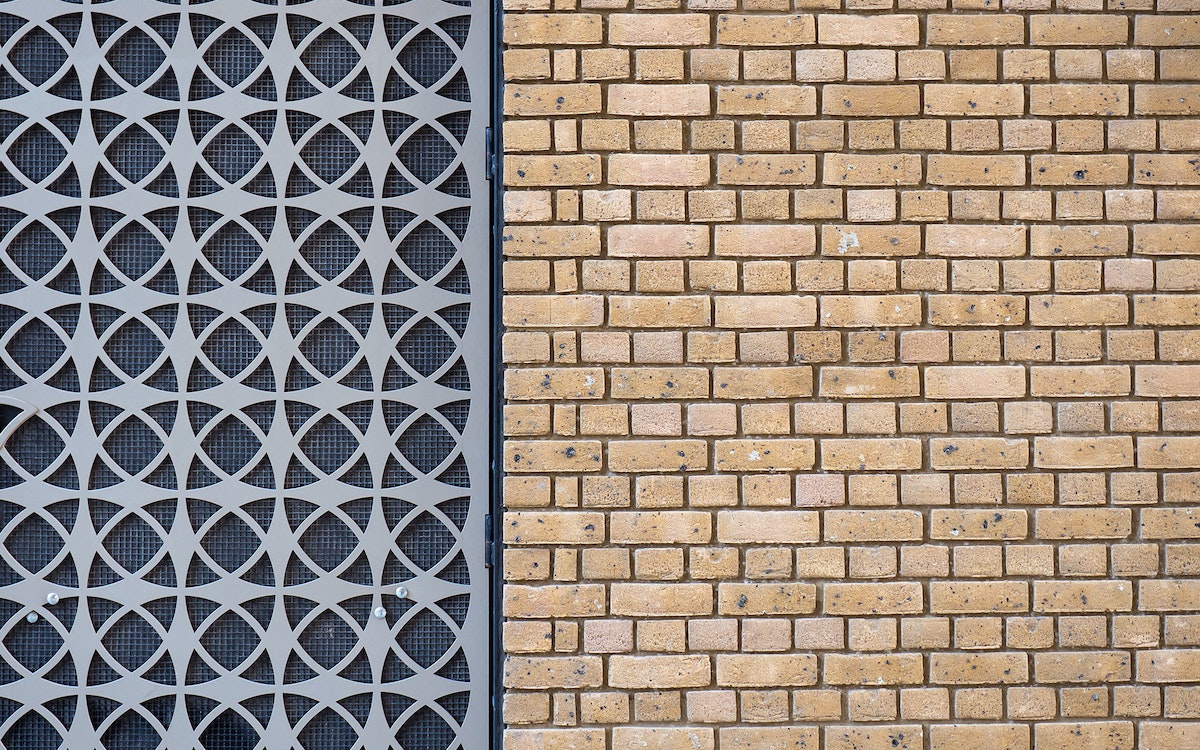 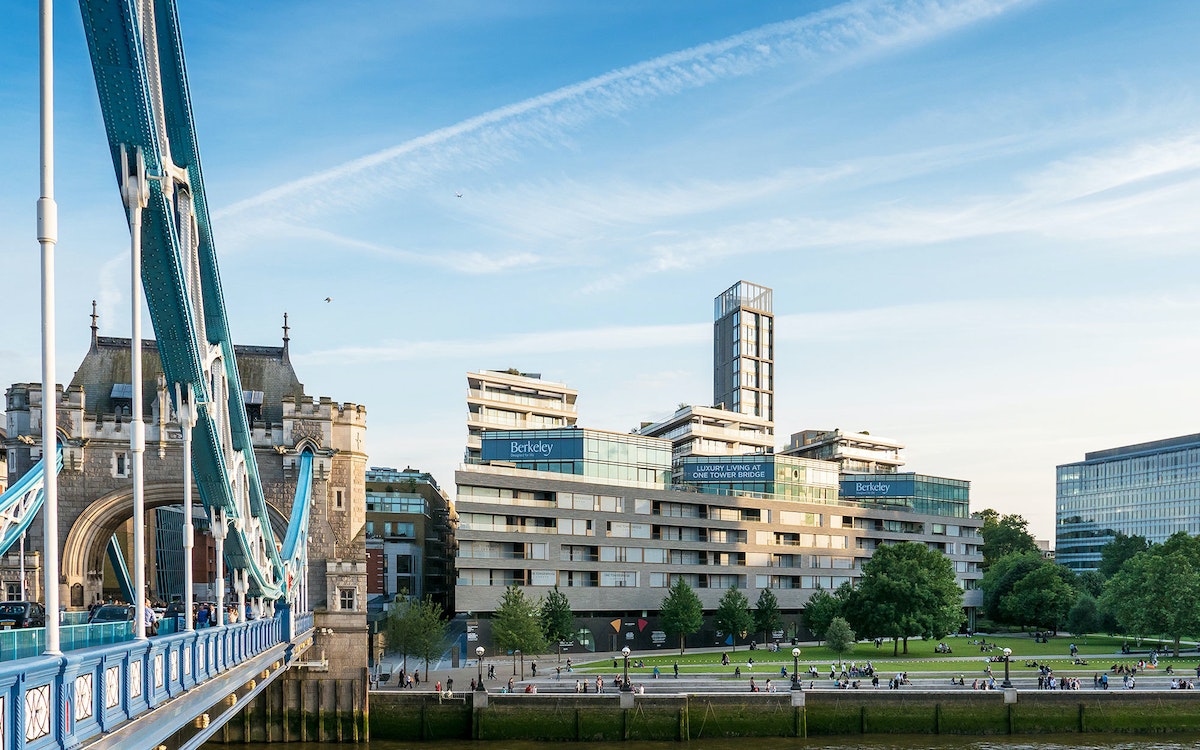 The iconic Smeed Dean London Stock facing brick manufactured by Wienerberger features a unique combination of local chalk and brick earth, mixed with town ash and clinker collected from the fire grates of Victorian London, which gives them a singular character. They have been used throughout the capital and south of England for almost two centuries, and have been used on prestigious buildings such as Buckingham Palace and the Tower of London.

As a part of the specification process, Taylor Maxwell’s Jon Cornish, David Ottway — Works Manager for Smeed Dean and Rhonda Burr of Wienerberger arranged for Damian and and his colleagues to visit the Wienerberger Smeed Dean factory in nearby Sittingbourne, where the Smeed Dean London Stock has been produced for the last 200 years. Smeed Dean is the only brick factory that specialises in the production of traditional London yellow stock bricks and the method of manufacture and original formula for these bricks has barely changed in this time, and was one of the key reasons it was selected for use on such a significant scheme.

However, consistency was key on this prominent development, and a number of measures were taken to ensure size and shape uniformity through the brickwork, appropriate for an esteemed development such as One Tower Bridge.

Jon worked very closely with Rhonda and David from Wienerberger to ensure that the half a million facing bricks supplied to One Tower Bridge were delivered specifically from the same batch of bricks, fired in the same part of the kiln at the factory. Damian explained, “There’s a lot of character in the facing bricks, so to get as much consistency as we could, we decided to go for the bricks in the centre of the kiln cars”.

This level of co-ordination is not usually a common practice and required a great deal of communication between Berkeley, Taylor Maxwell and Wienerberger. However, this indicates just how committed all parties were to making the scheme a success.

Products used on this build

The use of the traditional stock brick aids the transition from the ‘traditional’ to the ‘contemporary’ and interest is added to the facade with hand set basket-weave brickwork to the first and top floors. Following a recommendation from brickwork contractors Harlequin Brickwork, each of the facing bricks used in this detailing were hand gauged at the factory to exactly 215mm and dispatched specifically for use in these areas. Billy Sutcliffe, Managing Director of Harlequin Brickwork, explained ‘The consistency of the joints on the basket weave is very important. The brickwork has been executed to a very high standard on this project, the basket weave detailing and 5mm recessed pointing just enhances it all”.

In addition to this, Jon acknowledged the advice of Billy Sutcliffe, and coordinated the brick headers to be dry cut off-site. The dry cutting was carried out, in a bid to reduce the chance of efflorescence in the final brickwork. Billy advised that the bonding was not traditional English bond brickwork: “Generally when a corner is turned on traditional English Bond the bond would change from header to stretcher. However on this contract the architects wanted the continuous stretcher around the building followed by a continuous header. This was difficult to achieve, especially at the interface of each internal and external, corner. I wasn’t sure the bond would work, but in the end, I couldn’t be happier with the result. It looks magnificent. It is truly an iconic brickwork site, and sits in really nicely with the area”.

Variation in the size and appearance of facing bricks naturally occurs due to the raw materials involved, however Damian believes that the upfront planning of this project and extra attention paid was critical in ensuring the high quality of the completed facade. In fact, the finish of the brickwork is so good that it’s been mistaken for pre-finished brick panels, rather than facing brick laid in situ, ‘it’s quite a compliment’ Damian added. 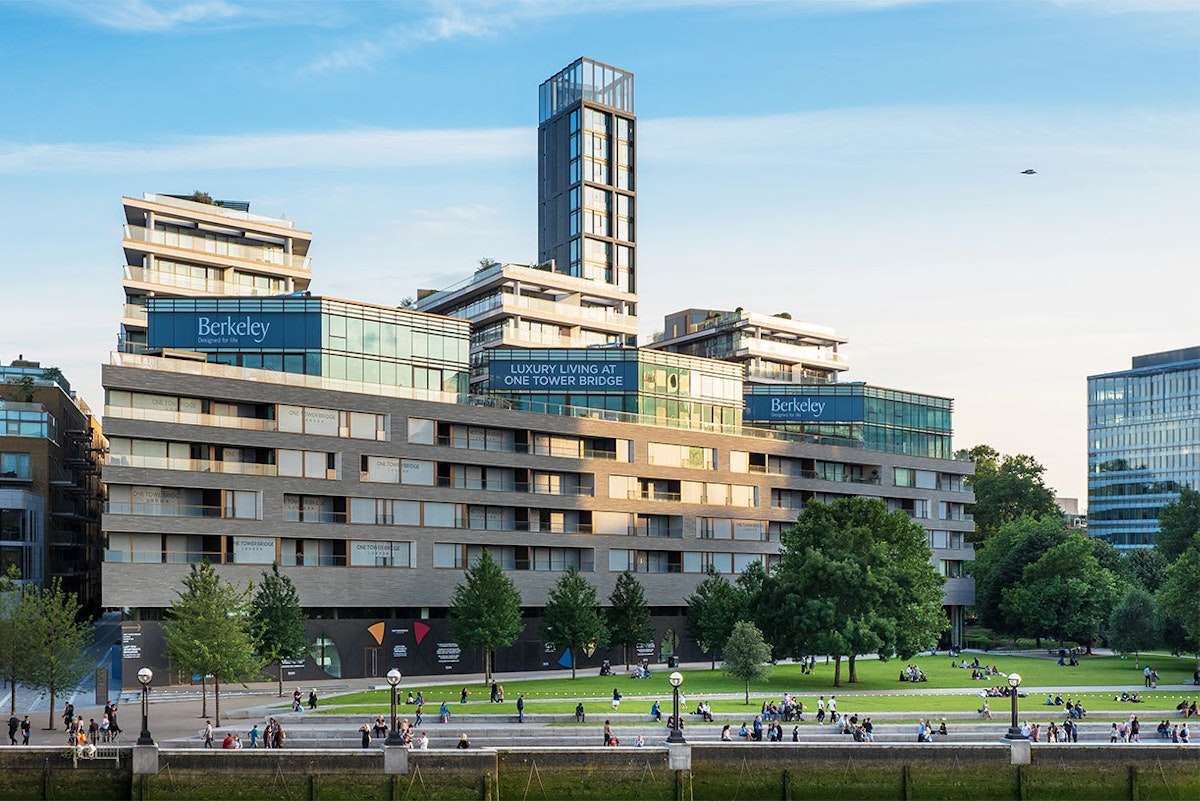 Development Of The Year

Home Builder Of The Year

The development has been very well received, with over 90% of the apartments now sold.

Paul Harrison advised that the team at Squire and Partners were particularly pleased with the finished project, ‘The original design concept for the brick buildings has been successfully carried through to the final execution. The brick detail decorative elements such as the basket weave brick coursing has added an element of delight to the ordered facade. Berkeley Homes have delivered a quality project and appointed a very good brickwork subcontractor to provide some complex detailing.’

Damian remarked, ‘We get a lot of complements on the finish that we’ve achieved here, we’re really happy with the outcome and how it’s blended in with its surroundings. It’s a fantastic development.’

‘It’s an amazing project, that we’re proud to have been involved with.’ Said Billy, ‘The quality of the brickwork is magnificent and I believe this is one of the best brick projects to be built in London in the last 10 years.’

One Tower Bridge has won a host of accolades for all involved since it’s completion last year. The project itself has been attributed ‘Development of the Year’ as well as ‘Best Interior Design’ at the Sunday Times British Homes Awards 2015. Berkeley Group also triumphed as ‘Homebuilder of the Year’ and Squire & Partners was awarded the honour of ‘Architect of the Year’.

One Tower Bridge
Save