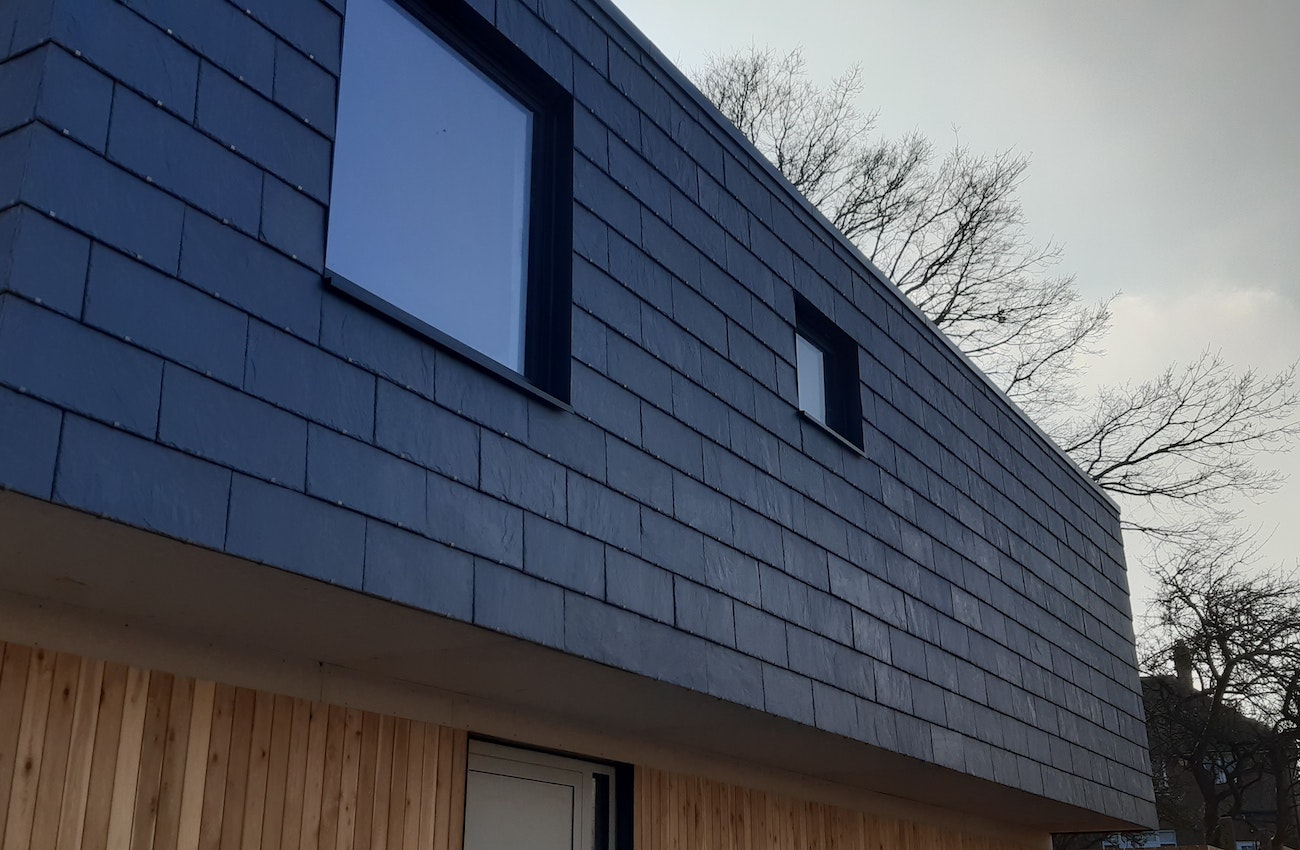 Designed by Guttfield Architecture and under construction with Talina Builders, this build will be the result of hard work and dedication from all those involved. Home to an Architect and Artist, the house includes a 60 sqm studio and workshop in the basement to allow the owners to comfortably work from home. Brent Fence House is located on a dated housing estate and with its contemporary facade, is a statement landmark in its surroundings, whilst still complementing the building opposite, with its matching flat roof.

The house is positioned against the street boundary to avoid the trees on site, with the existing timber fence wrapping around the ground floor. However, far reaching views out the back of the property gives the illusion of being in a peaceful woodland, a rarity in built-up London. The timber fence was replaced during the house build, to give a clean finish and create a striking colour contrast to the dark slate used on the top half of the building.

Due to the timber fence being such an integral feature of the building, it was important that the materials used on the rest of the building complemented this natural material. Slate was therefore chosen for the top half and back of the building, to create a contemporary facade. The use of the CUPACLAD® 201 Vanguard has been kept in mind throughout the construction process, with details such as the windows, vents and corners being positioned in line with the rows of slate.

Planning permission for the house was received in April 2019 and work began on the site in October the same year. Final touches are taking place, with completion expected shortly.

Taylor Maxwell is the exclusive distributor of CUPACLAD® natural slate rainscreen systems in the UK. For more information about CUPACLAD® click here.