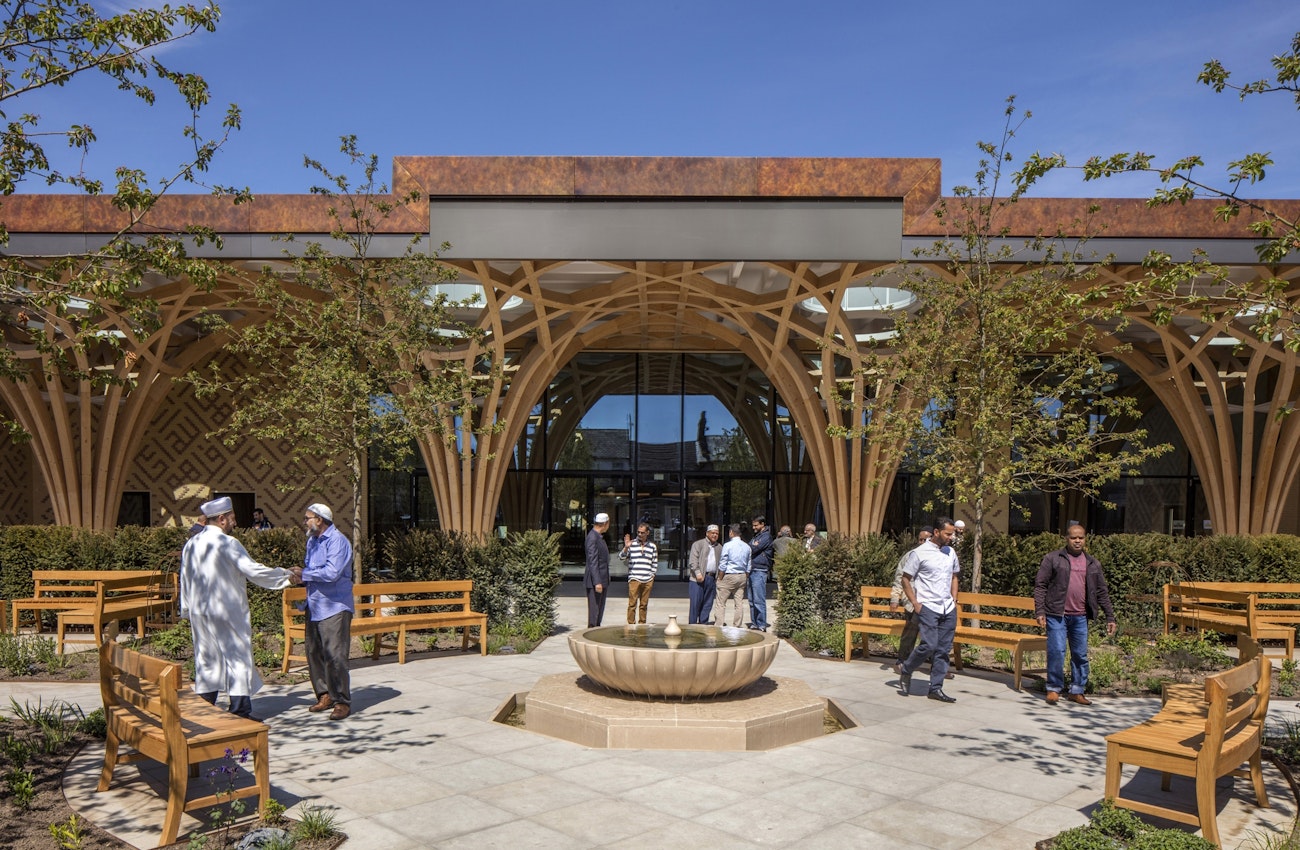 We are honoured to have been part of this striking project which was completed using our exclusive Corium brick cladding both internally and externally. The intricate facade design features geometric Islamic patterns, including Arabic inscriptions in the Kufic calligraphy writing style. 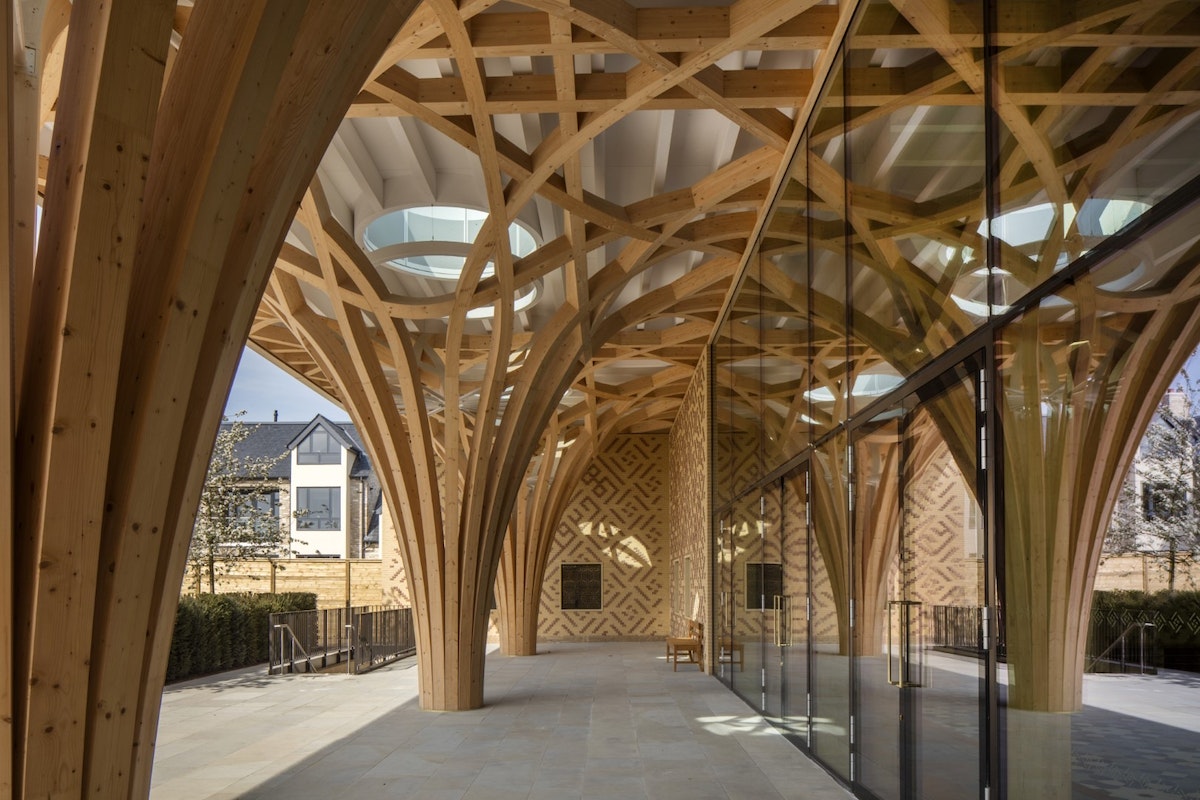 Marks Barfield architects created a beautiful, approachable and eco-friendly place of worship in Cambridge, which caught the eye of RIBA’s voters. Traditional within mosque architecture, the buildings have no fixed appearance, varying with location, taking on the characteristics of the local style and designed to achieve their own architectural identity.

To be sympathetic to the standards of mosque architecture, Marks Barfield chose light buff coloured Corium brick tiles to reflect the local vernacular of Cambridgeshire gault bricks. To reflect Islamic sacred traditions, red brick protruding headers were arranged to form inscriptions which read ‘Say he is God, (the) one’. 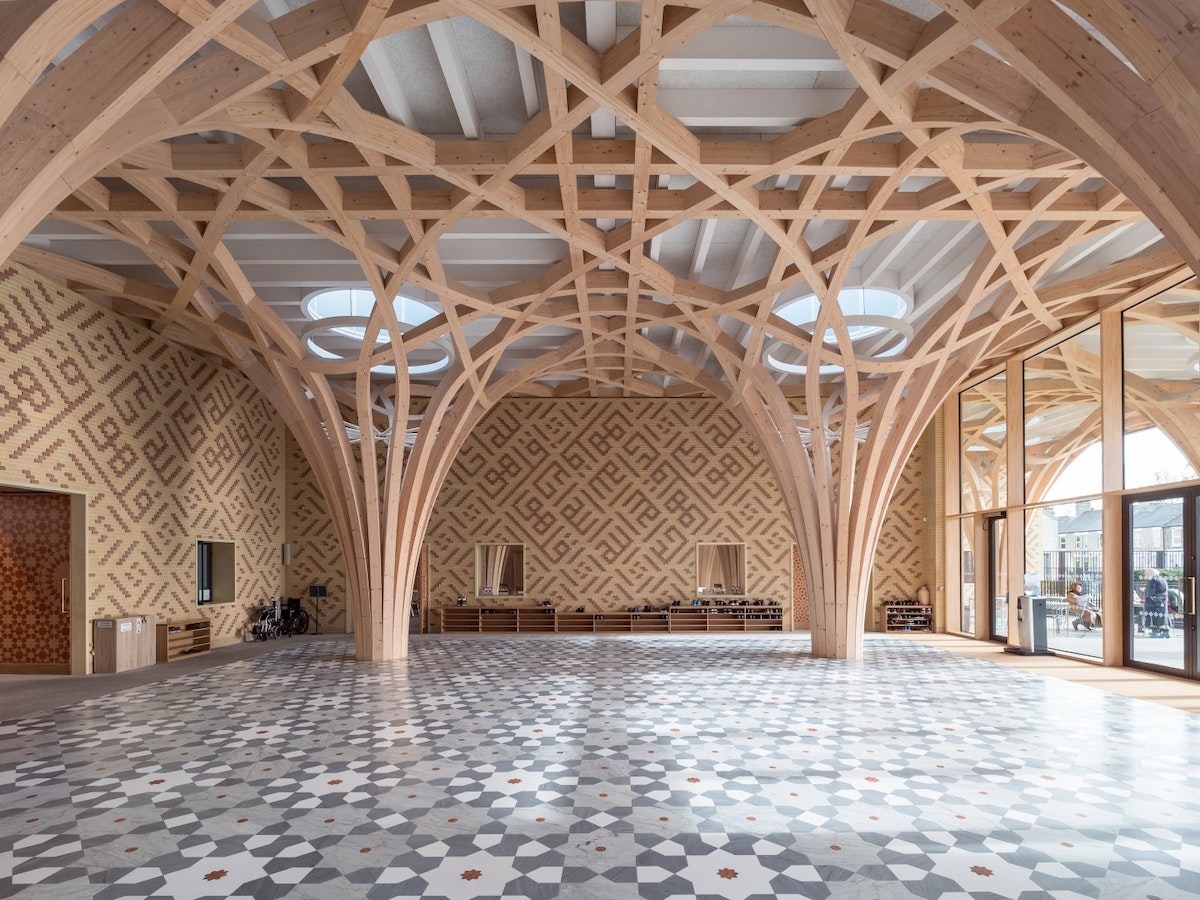 Designed around the idea of a ‘calm oasis of contemplation’ Cambridge Central Mosque is situated within a grove of trees, inspired by the garden of paradise. To embody this, Marks Barfield Architects used glue-laminated timber to create tree-like pillars that join together to form an interwoven, octagonal canopy, that also holds up the building's roof.

"The calm oasis was very much a starting point. A mosque is a place of tranquillity and calm reflection and the most natural area to do that is in nature, in a garden of trees." 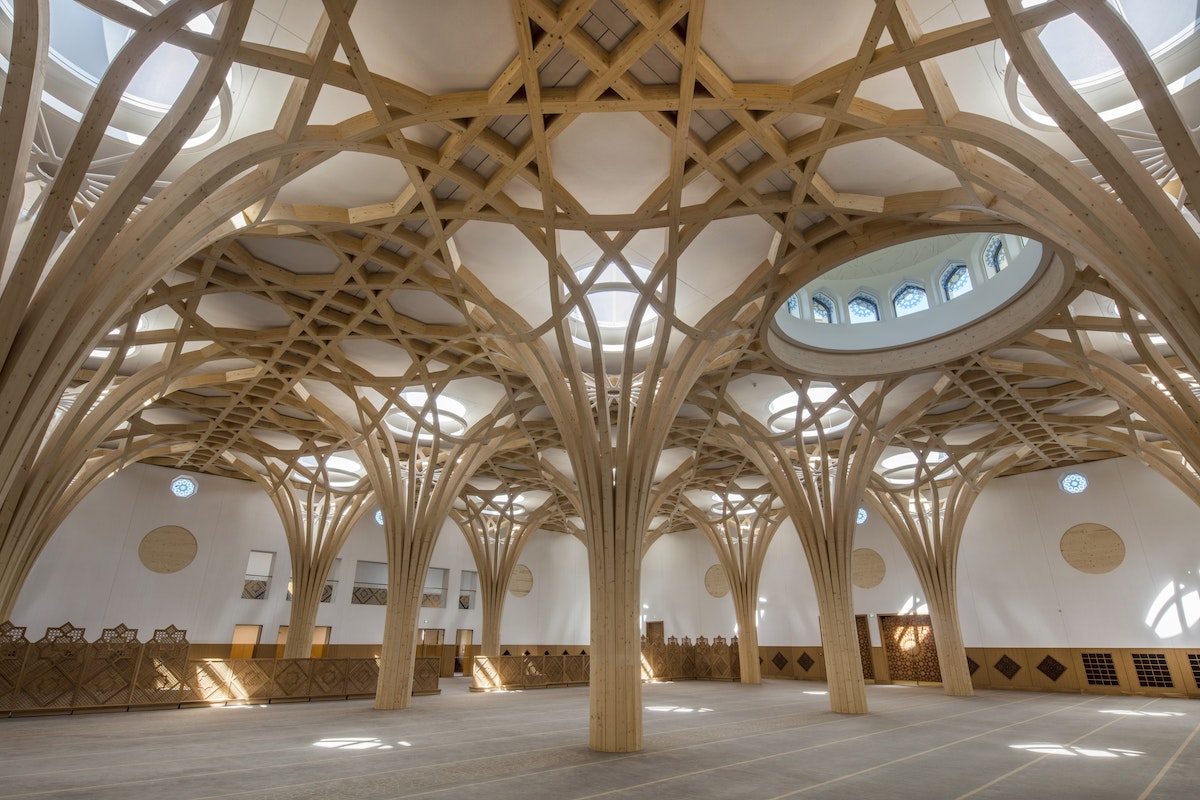 These timber trees have come to represent a defining internal characteristic of the mosque, a simple device that combines the structural logic of supporting a large span with few columns and a celebration of the structural material and its decorative possibilities.

In addition to the project’s impressive aesthetic, social and environmental sustainability were central to the building's design.

"The intent was to produce a building in accordance with the spiritual belief that humanity’s role is as a responsible custodian of nature, meaning one should minimise their carbon footprint." 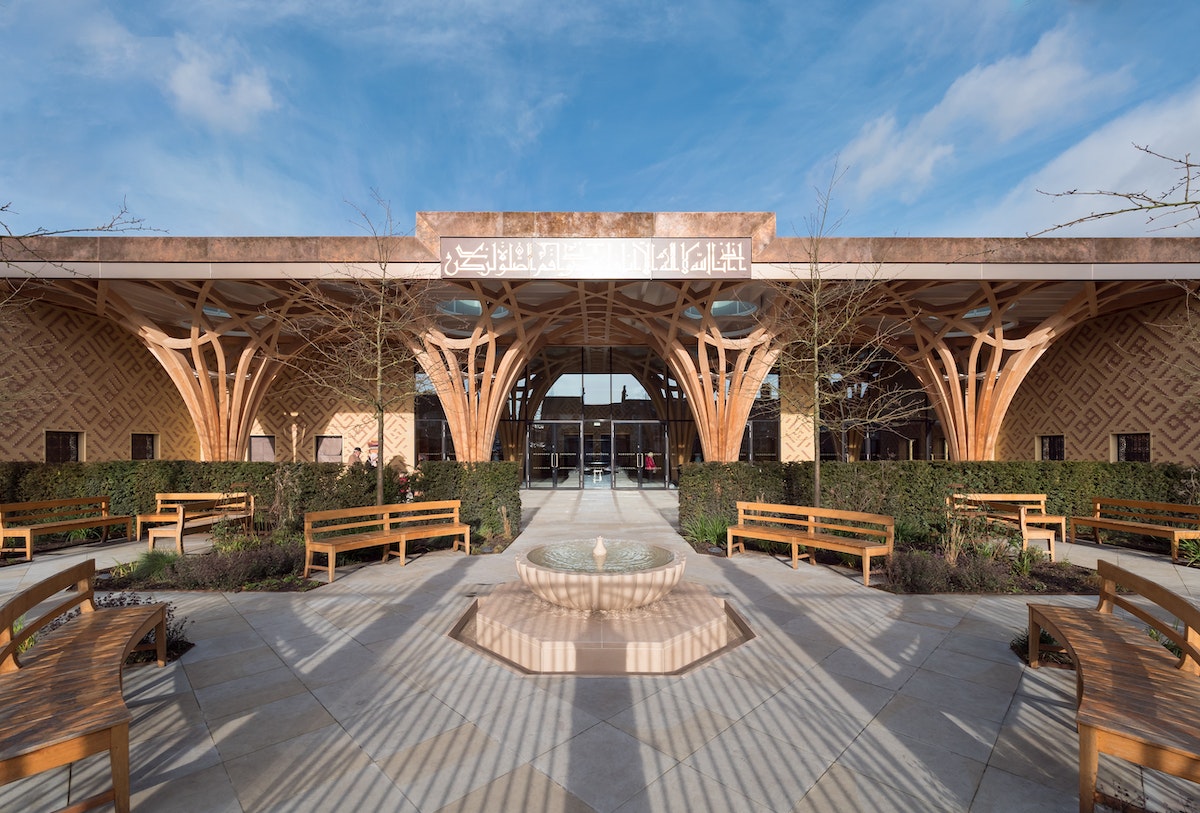 Cambridge Central Mosque is a demonstration of how architecture can embody religious and cultural philosophy and traditions while utilising sustainable and contemporary materials.

Take a tour of the mosque and hear from the team at Marks Barfield Architects below.